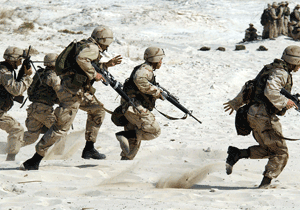 Among the issues that the Judicial Panel on Multidistrict Litigation is considering at their meeting on March 28th is whether to establish an MDL for the increasing number of cases against Minnesota-based 3M Company® for their Combat Arms™ Earplugs.

The Combat Arms Earplugs (CAEv2) were issued to military service members from 2003 to 2015 for use both domestically and during deployment, including to combat zones in Iraq and Afghanistan. CAEv2 were the only dual-sided earplugs in use by the military, with one side said to allow low-level sounds such as commands to be heard and the other said to offer more complete hearing protection. The CAEv2 were commonly known as Christmas tree earplugs because of their shape.

The lawsuits claim that 3M sold the earplugs to the military knowing they were defective and/or without providing adequate instructions for use and as a result service members have suffered noise-induced hearing loss and/or tinnitus, often referred to as ringing in the ears. Lawyers estimate that there may be hundreds of thousands of veterans with CAEv2 claims. According to the Veterans Administration, hearing loss is one of the most prevalent disabilities among veterans.

For law firms that are working on CAEv2 cases, we offer the following suggestions:

Evan Buxner of Gori Julian, one of the firms that has been involved since the beginning of the CAEv2 litigation, has said, “It is important that we take the time to listen to these veterans’ stories to honor them and understand the devastating impact hearing loss or tinnitus is having on their lives.”

For many firms working on CAEv2 cases the biggest challenge is handling the volume of CAEv2 cases. Verus provides litigation support services for CAEv2 cases, including intake review, claimant contact, case management and medical record review. Email the Verus team today or fill out the form and our team will respond immediately.