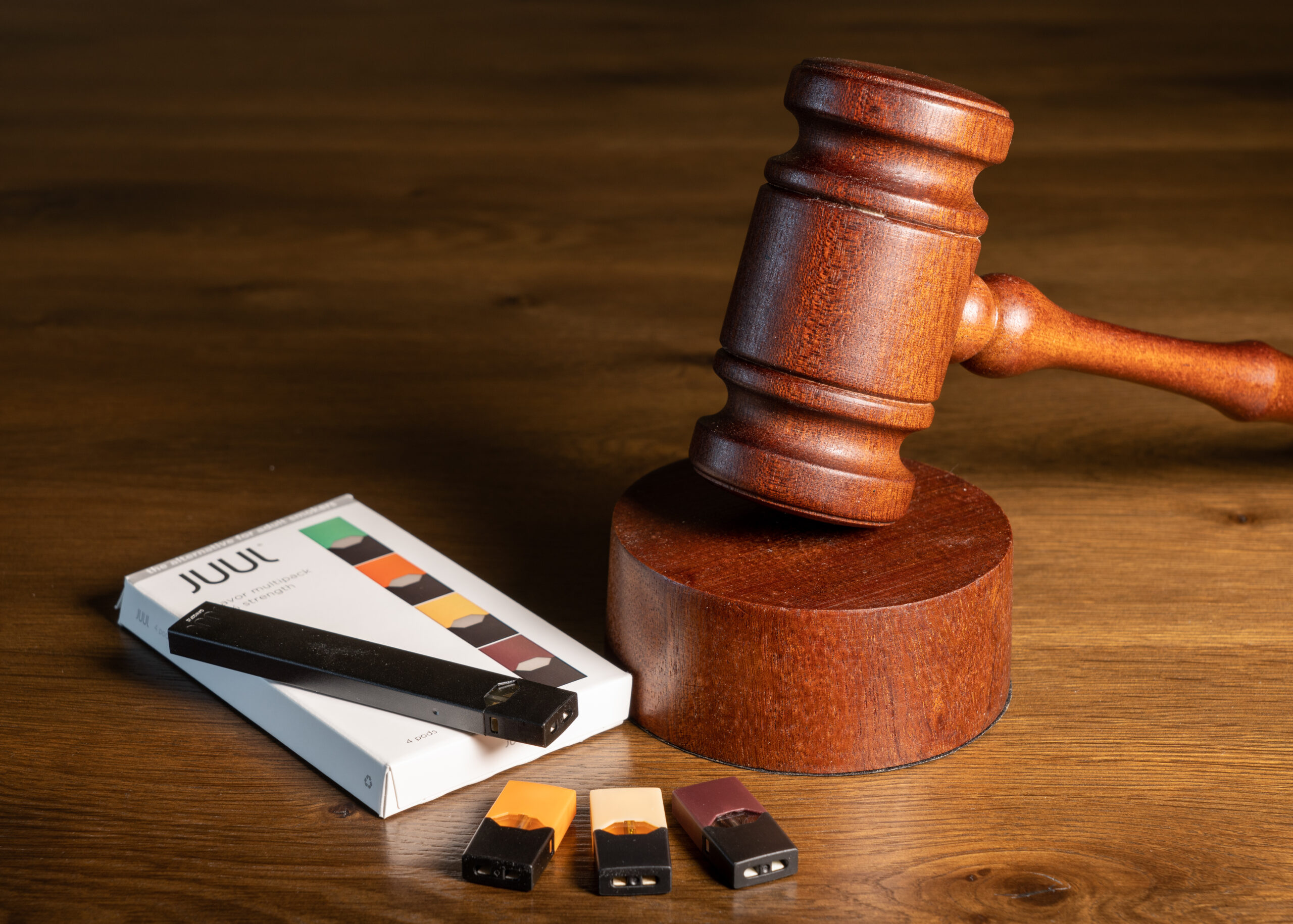 On June 23, the U.S. Food and Drug Administration (FDA) ordered JUUL Labs Inc. to stop selling its e-cigarettes and vaping products in the United States. According to the FDA website:

“…the (FDA) issued marketing denial orders (MDOs) to JUUL Labs Inc. for all of their products currently marketed in the United States. As a result, the company must stop selling and distributing these products. In addition, those currently on the U.S. market must be removed, or risk enforcement action.”

The decision followed JUUL’s earlier application to the FDA to continue selling its products; to date, JUUL, like other e-cigarette manufacturers, had been selling its products without authorization. Following a July, 2019 court decision giving e-cigarette companies 10 months to apply for an FDA health review that was postponed due to COVID, on July 30, 2020, JUUL submitted a Premarket Tobacco Product Application (PMTA) requesting authorization to sell its “JUUL System”. In its submission, the company stated that it had “provided a scientific foundation for the FDA to evaluate whether these products are ‘appropriate for the protection of the public health’ with respect to the risks and benefits to the population as a whole” and argued that it had created a comprehensive research program designed to examine any public health impact of the JUUL System.

In making its decision, the FDA stated that “the applications lacked sufficient evidence regarding the toxicological profile of the products to demonstrate that marketing of the products would be appropriate for the protection of the public health. In particular, some of the company’s study findings raised concerns due to insufficient and conflicting data – including regarding genotoxicity and potentially harmful chemicals leaching from the company’s proprietary e-liquid pods – that have not been adequately addressed and precluded the FDA from completing a full toxicological risk assessment of the products named in the company’s applications.”

It should be noted that other e-cigarette companies’ products have been authorized in recent months, including NJOY Ace, Logic Technology  and R.J. Reynolds’ Vuse vape products. According to the FDA, the authorizations were granted because the agency felt it had sufficient data to justify them.

JUUL accounts for a large percentage of the U.S. e-cigarette market and has been blamed for contributing to the vaping epidemic by creating highly addictive products with flavors designed to appeal to young people; according to the FDA nearly 10.7 million young people between the ages of 12 and 17 have used vaping products or are open to trying them. Opponents of the ban describe e-cigarettes and other vaping devices as alternatives to the more harmful cigarette smoking.

On June 24, the day after the FDA decision, JUUL, asked the U.S. Court of Appeals for the D.C. Circuit for a temporary stay on the ban, describing it as “arbitrary and capricious” and lacking “substantial evidence”.  The Court entered a temporary stay of the MDO in order to “give the court sufficient opportunity to consider petitioner’s forthcoming emergency motion for stay pending court review”. The company has also stated that it is exploring its options, which may include an appeal of the FDA decision or bankruptcy if it cannot overturn the government ban.

JUUL also remains engaged in litigation over its marketing tactics to youth; there are currently more than 2500 lawsuits filed by JUUL users alleging personal injury as well as hundreds of cases brought by school districts and local governments blaming JUUL for the underage vaping epidemic.  The first trial involving an underage plaintiff is scheduled to begin in three months in federal court in San Francisco.

Read our latests posts below.