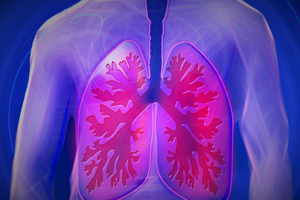 Johnson and Johnson continues to confront claims that long-standing concerns regarding the presence of asbestos in its talc-based products were hidden or ignored by the company.

In a trial against the pharmaceutical giant currently being heard in Oakland, CA, the plaintiffs, Linda and Mark O’Hagan, allege that asbestos in J&J’s signature baby powder product caused Ms. O’Hagan’s mesothelioma, pointing to the October recall by J&J of 33,000 bottles of its baby powder after testing by the FDA revealed the presence of chrysotile asbestos.

As a result, on October 18, the FDA and J&J announced that the company would be recalling the shipment of powder; J&J later announced that after the voluntary recall two outside laboratories hired to conduct a number of tests on the same bottle of baby powder offered at trial had not found any asbestos.

One of the plaintiffs’ counsel, Moishe Maimon, pointed to J&J’s efforts to remove asbestos from its talc in the 1970s, an effort Mr. Maimon claimed proves the company was aware of the presence of asbestos in its products.

In an effort to counter the plaintiffs’ claims, Morton Dubin, counsel for the company pointed to the fact that the plaintiff could not have been exposed to the talc implicated in the FDA’s tests since she had ceased using the product many years before that particular lot was sold. Mr. Dubin also argued that the finding of asbestos by the FDA was a “false positive” and that Ms. Hagan’s mesothelioma may well be idiopathic and not caused by asbestos at all.

On the third day of trial in response to J&J’s argument, plaintiffs’ counsel called electron microscopy expert William Longo back to the stand to testify about internal J&J documents that referenced Windsor Minerals, the Vermont mine that would have supplied the talc used by Linda O’Hagan between 1993 and 2003.  According to Dr. Longo the documents reflect the mine’s efforts to remove or reduce the amount of chrysotile asbestos in its talc using chemical solutions and other methods which he contends was a tacit acknowledgment of the presence of asbestos. He also stated that the same internal documents showed asbestos in the talc that came from mines in Val Chisone, Italy; this talc would have been used by the plaintiff from 1958-1983.  Additional testimony regarding other testing done on J&J’s talc products also showed asbestos in a number of the samples.

In a related story, the news organization Reuters claims that the FDA had been downplaying concerns about the presence of asbestos in talc since the 1970s, relying on the manufacturers to regulate themselves.  Beginning as early as 1971, the FDA had begun looking into claims that talc was contaminated with asbestos after researchers at Mount Sinai in New York found asbestos in certain talcum powder products. J&J disputes that it has ever put pressure on the FDA to minimize health concerns even in the face of FDA records that show the agency had tested and found asbestos in J&J’s Shower to Shower product in 1973 but no public announcement was ever made by the FDA and no recall required.  J&J continued to conduct its own safety tests and monitor itself even after research done in 1983 indicated talc deposits are frequently laced with asbestos, a claim about which the FDA took no action.  These patterns of behavior continued through 2009 even as requests were made for warning labels on the product and links were made between talc and ovarian cancer.  As a result of the increased pressure for warning labels, the FDA commissioned tests on talc which revealed no asbestos in any of the 34 samples.

There are about 16,000 lawsuits against J&J now by plaintiffs claiming that exposure to its talcum powder products were the cause of their mesothelioma or ovarian cancer.  Trial results have been mixed.