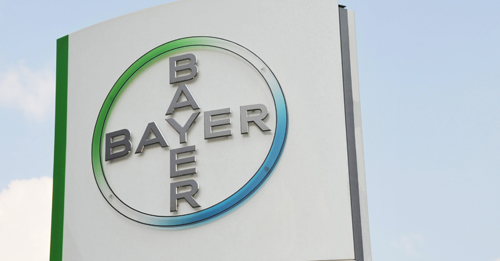 On Wednesday, Bayer announced that it had reached an agreement to settle most of the 125,000 claims involving its Roundup herbicide which has been linked to cancer.  The settlement is estimated to be at least $10.1 billion and will resolve most of the current Roundup litigation filed in both the federal multidistrict litigation (MDL) and California state courts, as well as cases currently scheduled for trial.  An amount between $8.8 and 9.6 billion has been allocated to settle the majority of claims in the current litigation.  An additional $1.25 billion will be set aside for future claims involving the world’s most popular weed killer as well as additional research on cancer claims.  The settlement does not include three cases that have already gone to trial in California in which plaintiffs were ultimately awarded $190.5 million.

The Roundup litigation has focused on claims that the active ingredient in Monsanto’s weed killer, glysophate, caused the plaintiffs to develop cancer, specifically non-Hodgkins lymphoma. In their lawsuits, plaintiffs alleged that Monsanto knew its herbicide potentially contained carcinogenic chemicals but refused to warn consumers.

Although the product was first available in the mid-1970s, sales increased dramatically in the mid-1990s after Monsanto introduced genetically modified soybean, cotton, maize and other crops that were described as “Roundup Ready” because they were resistant to Roundup. This combination allowed farmers to use the weed killer directly on their crops. Monsanto was bought by Bayer in 2018, two years after the MDL was filed in 2016 in the U.S. District Court of the Northern District of California and several years after the first cases involving Roundup were filed in 2015, after the World Health Organization designated glysophate as a “probable carcinogen”.

Bayer also announced that it had reached settlements in other litigation involving Monsanto products. Up to $400 million will be designated to resolve outstanding cases for the 2015-2020 crop years filed in a federal MDL in Missouri involving dicamba, in which farmers claim that the chemical, when sprayed, drifts into neighboring fields and gardens, causing widespread damage.  Approximately $820 million are tagged to resolve most of the cases against the company involving public water contaminated with toxic PCBs.

Parts of the Roundup deal are pending court approval by Judge Vince Chhabria of the U.S. District Court for the Northern District of California who is presiding over the federal MDL.

Kenneth Feinberg served as the litigation’s mediator, who said in Bayer’s settlement announcement “The significant progress made to date — which exceeds the initial participation rates of other claims resolution proceedings — provides a robust framework that will enable the parties to bring closure to the current Roundup litigation in due course.”

As noted above, the settlement does not include the three cases that have gone to trial, resulting in large verdicts. Bayer has indicated those cases will continue through the appeals process.  In a statement announcing the settlements, Bayer’s chief executive, Werner Baumann, stated “First and foremost, the Roundup settlement is the right action at the right time for Bayer to bring a long period of uncertainty to an end.”  Baumann also reiterated that “Roundup does not cause cancer, and therefore, is not responsible for the illnesses alleged in this litigation”.