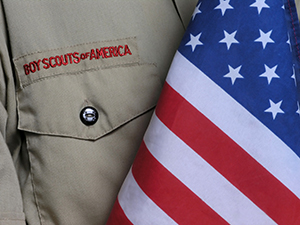 A general bar date has been set for filing claims in the Chapter 11 bankruptcy proceedings involving the Boy Scouts of America.  In a telephonic hearing held on May 18, Judge Laurie Selber Silverstein of the U.S. Bankruptcy Court for the District of Delaware established a filing deadline of November 16, 2020 and provided a longer proof of claim form to be used by prospective sexual abuse claimants.  The judge stressed that the questions asking victims to detail their abuse would be optional, given the risks of causing further trauma under these circumstances, but she also noted that any additional information would be welcome from the claimants.

The Boy Scouts of America, one of the nation’s largest youth organizations founded 110 years ago, filed for bankruptcy on February 18, 2020, in the wake of hundreds of lawsuits brought by men who alleged that they were abused as Scouts. The Chapter 11 filing will allow the BSA to keep operating and reorganize its finances so it can set up a victims’ compensation fund. It also suspends the current lawsuits pending across the country. The number of sexual abuse lawsuits has increased as a result of some states revising their statutes of limitation to allow more time for victims to sue their abusers; those states include New Jersey, New York and California.  Over the last several years, lawsuits and other investigations have brought to light internal documents describing abuse of Scouts going back generations. An investigator hired by the BSA had uncovered 12,254 victims and 7,819 abusers spanning years from 1946 through 2016. Historically, the BSA carried liability insurance designed to cover these sexual abuse claims but after the recent revelations regarding the scope, longstanding history and alleged awareness of the BSA of many of these claims, the carriers have withdrawn coverage, leaving the organization to face the prospect of having to fund any litigation and settlements itself.

The BSA’s 2018 tax filing revealed that the organization at that time had in excess of $285 million. They also have significant real estate across the country bringing the group’s assets to $1.4 billion.  In its filing, the BSA was quick to point out that only the national organization had filed for bankruptcy but not the local councils which remained financially independent organizations.  In its bankruptcy petition, the organization reported assets of $1 billion to $10 billion. According to a Wall Street Journal article in January, 2018, local councils and other affiliated non-profits separately maintain about $3.3 billion in assets; given the independent status of the local groups, the 2018 filing might be viewed as an effort on the part of the BSA to shield from victims seeking compensation the assets of the 261 legally separate local affiliates, which by some estimates account for 70% of the BSA assets.

The BSA is planning to use the Chapter 11 process to establish a fund to compensate the victims. However, concerns have been expressed over the appropriateness of this type of mechanism to ensure all claimants are heard; opponents point to the claim filing deadline that may well expire before a particular claimant feels ready to come forward.  The extended proof of claim form includes a narrative section that allows victims to provide specific information about their claims. The judge also provided for a notification process designed to reach over 100 million people in an effort to ensure all potential claimants are notified and offered the opportunity to come forward. This process, estimated to cost over $6 million, includes mail, electronic communications and media campaigns.

Notwithstanding their independent status, nine lawsuits were filed on May 19 against three local councils in upstate New York – Leatherstocking Council, the Baden-Powell Council and the Seneca Waterways Council.  An injunction issued by Judge Selber Silverstein halts these lawsuits from proceeding until at least June 8 but plaintiffs’ counsel are seeking for the injunction to be lifted if they do not get access to financial information from the three councils.

In order to assist victims achieve some measure of justice, firms will have to undertake both a time-sensitive and compassionate intake process. Verus LLC recognizes these concerns and can assist your firm with developing a robust intake initiative.  Learn more about our BSA litigation support services or fill out this form or email us at info@verusllc.com and we will reply immediately.