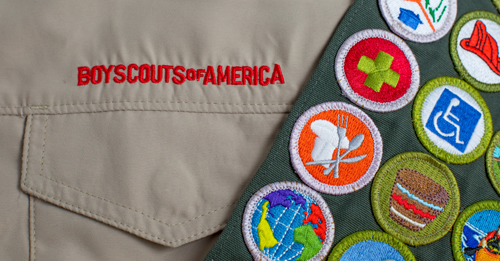 On August 25, BSA filed a 148-page motion asking the Delaware bankruptcy court to schedule a hearing on its request to restrict a number of ongoing advertising campaigns it says are deviating from the language previously approved in the Bar Date Order issued by the court in May.  BSA claims that the advertisements are going off-script in their efforts to solicit sexual abuse survivors and that these ads contain “false and misleading statements” that are “potentially confusing”; in its motion, BSA claims that several of the ads state that survivors can file claims anonymously:

“For example, several of these ads state unequivocally that survivors can file claims anonymously….This is false: while the Court has put in place mechanisms for keeping the identity of Sexual Abuse Survivors confidential, claimants are required to provide their names and other identifying information in their Sexual Abuse Survivor Proofs of Claim.”

Approximately 10,999 television spots have already aired. BSA is seeking to have the court rule that only notices and TV ads previously approved by the court should be sent to potential claimants; it also asks that every notice directed to sexual abuse survivors be authorized in advance by either the debtors or the court.

In the motion, BSA requests that the Court supplement the Bar Date Order to add the following language:

The legal group Abused in Scouting maintains that BSA’s efforts are an effort to minimize further claims and is in violation of advertisers’ First Amendment rights.

BSA filed another motion on August 25, asking the court to shorten the notice and objection periods for the hearing on the motion for a Supplemental Bar Date Order and asking that the hearing be scheduled no later than August 28.  BSA is set to start airing pre-purchased ads on August 31 but notes that its notice campaign will be airing at the same time as those of certain law firm ads which the Debtor alleges contain false and misleading statements that are not consistent with the content approved by the Court.

The Court signed an Order on August 25 agreeing to hold a hearing on the Motion for a Supplemental Order for August 31 at 11 am.

Click on this link for information on Verus’ Boys Scouts of America Litigation Support Services. To contact us, fill out this form or email us at info@verusllc.com and we will reply immediately.