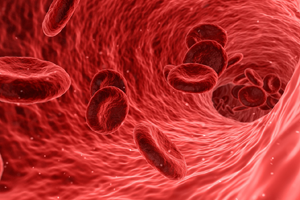 Earlier this week a Philadelphia jury awarded Tracy Reed-Brown over $33 million in her IVC filter case against Rex Medical LP. The award included more than $30 million in punitive damages, in addition to compensation for medical expenses and pain and suffering. Ms. Reed-Brown was implanted with an Option Retrievable Inferior Vena Cava Filter System that then perforated through the wall of her vena cava causing further damage. Doctors attempted to remove the IVC filter, but were unsuccessful.

This case is considered a bellwether case for the more than 750 IVC filter cases consolidated in the mass tort program of the Philadelphia Court of Common Pleas. The Philadelphia cases are focused on IVC filters developed by Rex Medical and then later sold to Argon Medical Devices. In addition to these cases, there are over 8500 claims pending against C. R. Bard Inc. and more than 7000 claims pending against Cook Medical Inc. in federal court.

Commenting on the verdict, Rosemary Pinto of Feldman & Pinto said, “The Matthews/Goss team very effectively educated the jury regarding the defects in the Rex Argon Option IVC filter. The jury’s verdict demonstrated the power of ordinary citizens to effectuate change by holding Rex responsible for marketing this defective filter that injured Tracy Reed-Brown.” Along with David Matthews of Matthews & Associates and Timothy Goss of Freeze & Goss, Ms. Pinto was one of the lawyers who represented Ms. Reed-Brown.

Two additional trials in the Philadelphia mass torts program, Hobbs v Rex Medical and Wilson v Argon Medical Devices, are scheduled to be heard in the first half of 2020.