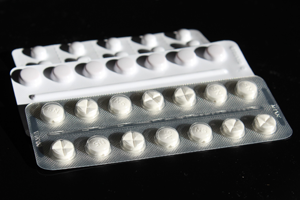 On the eve of the consolidated trial set to begin in federal court in Cleveland, Ohio later this month, Johnson & Johnson and its subsidiary Janssen Pharmaceuticals have settled with Cuyahoga and Summit Counties for $20.4 million dollars. Under the terms of the agreement J&J is to pay $10 million in cash to the counties, $5.4 million to support non-profit organizations dedicated to providing opioid treatment programs and reimburse $5 million in legal fees. This settlement comes in the wake of the verdict against J&J in Oklahoma in August in which Judge Thad Balkman ordered the company to pay $572 million for its role in fueling that state’s opioid epidemic.

J&J’s settlement leaves only six defendants in the trial: distributors McKesson Corp., Cardinal Health, Amerisource Bergen and Henry Schein; manufacturer Teva Pharmaceuticals and the pharmacy chain Walgreens. Co-defendant Purdue Pharma has filed for bankruptcy and is trying to craft a settlement potentially worth $12 billion.  Mallinckrodt Pharmaceuticals, a generic opioid manufacturer, has reached a “settlement in principle” with the two plaintiff counties in which the company would pay them $24 million in cash and also provide $6 million in addiction treatment medications. Other defendants have been severed from the trial by mutual agreement.

This bellwether trial is scheduled to start on October 21 with jury selection beginning on October 16 but there are several issues to be resolved before the proceedings begin. On Tuesday, October 1, the presiding judge, US District Judge Dan Polster opposed the petition to halt the trial brought by Ohio Attorney General Dave Yost, stating that the petition was untimely and improper.  Several other defendants are seeking to have the judge disqualified, arguing that he has shown improper bias in his efforts to encourage a global settlement by the parties.

The next trial is scheduled to begin early next year and will focus on the opioid crisis in Huntington and Cabell County, West Virginia, the municipalities with the highest opioid overdose rate in the country.