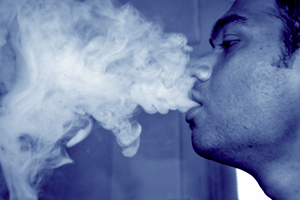 Juul recently announced the departure of four senior executives, Chief Marketing Officer Craig Brommer, Chief Finance Officer Tim Danaher, Chief Administrative Officer Ashley Gould and Senior Vice President of Advanced Technology David Foster. In addition, Juul will be laying off approximately 500 people, or about 10% to 15% of its workforce, by the end of the year.

In a lawsuit filed by another former executive, Juul is accused of shipping 1 million contaminated e-cigarette pods. In his suit for wrongful dismissal Siddharth Breja, a former senior vice president of global finance, claims he was retaliated against for raising concerns about the shipments. Breja also claims that at another time when he suggested that Juul add an expiration date to the pods, then-CEO Kevin Burns replied, “Half our customers are drunk and vaping like mo-fos, who the [—] is going to notice the quality of our pods.” Juul and Burns deny the claims, although Juul has acknowledged there was a manufacturing issue with its mint-flavored pods.

A district attorney from Montgomery County, near Philadelphia, has filed suit against Juul under the state’s consumer protection statute accusing the company of turning “a generation of minors into addicts, constantly craving a hit of nicotine.” In connection with a similar suit filed by King County, which includes Seattle, Executive Dow Constantine said, “As we allege in the complaint, it is clear that JUUL, like Big Tobacco before it, targeted youth to hook a whole new generation on candy-flavored nicotine,” and  “JUUL was well aware that their products would appeal to youth—driving an ever-increasing epidemic of nicotine addiction and severe lung illness.” The King County lawsuit claims that 90% of tobacco and nicotine violations in Seattle Public Schools during the 2017-2018 school year were for vaping — and more than 60% of those violations were for JUUL use specifically.

Closer to home, Juul’s hometown of San Francisco will be banning sales of e-cigarettes as of January 2020 unless and until they have received FDA approval. The ban would make all sales of e-cigarette products by San Francisco retailers illegal as well as prohibit any online retailer from shipping e-cigarette products to a San Francisco address. A ballet proposition to overturn the ban was defeated by a four-to-one margin on election day. Juul had spent over $10 million to overturn the ban prior to withdrawing its support in late September amid scrutiny over its marketing tactics.