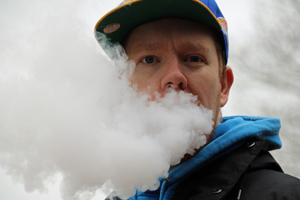 JUUL’s legal woes continue to mount with the latest announcements that California and New York have filed suit against the e-cigarette company. On Monday, November 18th state Attorney General Xavier Becerra announced California had filed suit against JUUL for its marketing practices and failure to warn about exposure to chemicals linked to cancer, among other claims. At a news conference announcing the suit, Becerra said, “JUUL adopted the tobacco industry’s infamous playbook, employing advertisements that had no regard for public health and searching out vulnerable targets.”

The following day, New York Attorney General Letitia James announced New York had filed suit against JUUL for deceptive marketing and violations of public health laws, among other claims. Ms. James stated the action was filed “to address the years-long deceptive and illegal practices” of JUUL and that JUUL’s “aggressive advertising of its multi-flavored products has contributed to a public health crisis that has left countless New Yorkers—many of them teenagers—addicted to its products and fighting for their health.” State health officials estimate about 1 million New Yorkers use e-cigarettes regularly and 220,000 of those are under eighteen.

California and New York join North Carolina, where Attorney General Josh Stein filed suit against Juul in May accusing the company of causing an “epidemic” among young people through “unfair and deceptive” marketing practices.

JUUL announced earlier this month it would stop selling its mint-flavored pods, both to retailers and on its website, although its menthol flavor remains available. JUUL confirmed last week that it will lay off approximately 650 workers, about 16% of its workforce.