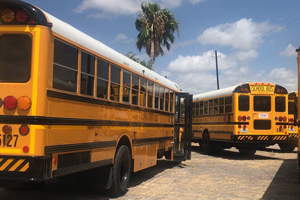 In addition to the personal injury and class action lawsuits recently consolidated by the JPML, JUUL is now facing litigation brought by several school districts. The school districts have sued JUUL over increased costs associated with a rise in the use of e-cigarettes by their students.

The suits were filed by Francis Howell School District in Missouri, Olathe Public Schools in Kansas, Three Village Central School District in New York and La Conner School District in Washington. The school districts claim that significant time, effort, and resources are being diverted from their educational mission to address the increasing use of e-cigarettes in schools, including funding for additional staff and nicotine cessation programs and time spent on disciplinary actions. For example, in 2015 there were 54 nicotine-related infractions among students at Francis Howell, compared to 248 during the 2018-2019 school year, including three elementary school cases. In an effort to combat the vaping epidemic, schools have installed sensors in bathrooms or removed bathroom doors, banned USB flash drives and hired additional staff to monitor bathrooms and to tutor students who have missed school for vaping-related infractions.

Similar to the opioid claims, the suits seek damages, including punitive damages, against JUUL under RICO and common law claims of public nuisance and gross negligence.

Tom Cartmell of Wagstaff & Cartmell, who, along with several other firms, represents three of the school districts stated, “With its youth-focused marketing, JUUL almost single-handedly created the youth vaping culture. Schools have had to deal with the consequences of that, redirecting resources that should be focused on the education of our children to informing students and parents about the dangers of e-cigarettes, trying to curb use of e-cigarettes in school and dealing with disciplinary issues related to e-cigarette use. JUUL should be held accountable for its actions.”