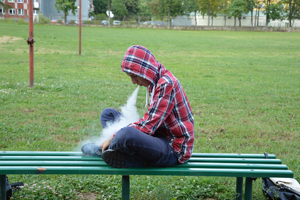 We all know smoking is bad for your health and the good news is that adult smoking rates in the United States have declined from a high of 45% in the 1950s to the current rate of approximately 15%. But, in its place we have seen the rapid rise of vaping, led principally by the Juul.

Cigarettes may have gone out of fashion, but cigarette companies aren’t standing passively by. Altria, the maker of Marlboro cigarettes, made a $12.8 billion investment in Juul Labs last December. Juul currently has approximately 70% of the e-cigarette market, up from a third earlier in 2018.

Of special concern is Juul’s popularity among young people. Vaping among teens increased an astonishing 78% from 2017 to 2018. Federal data shows about 3 million U.S. high school students vaped last year. According to a study released last year, the group with the highest rate of Juul use was 18-21 year olds, but young people aged 15-17 were a close second. That is prompting fears e-cigarettes are addicting a new generation to nicotine after decades of plummeting cigarette smoking rates.

Juul has said that their marketing has little impact on its sales. But a study last summer suggested that Juul’s social-media ads — which were posted across platforms popular with young people including YouTube, Twitter, and Instagram — were an unprecedented success. It contended that sales of Juul were “highly correlated” with its social media posts. Following scrutiny from regulators and the government, Juul terminated its Instagram and Facebook accounts in November, but it may be a case of too little too late.

Interest in potential litigation against the maker of Juul has been increasing, with conference presentations and webinars coming up in the next few months. One lawyer leading the way is Brad Honnold of Kansas City-based Goza & Honnold. “We have seen a significant number of young people — from middle school children to college students — being harmed by the addictive effects of JUUL’s nicotine delivery device. Teenage smoking had been driven way down, in some places close to zero. Then JUUL came on the scene with an aggressive social media campaign directed at kids glorifying a deceptively dangerous and insidious product. It’s no wonder that JUUL has created a new generation of nicotine-addicted teens. Many parents are at a loss as to how to help their children. We are ready and working hard to help these families use our legal system to escape the nightmare that JUUL has created for so many,” says Honnold. Stay tuned to see how this all develops.