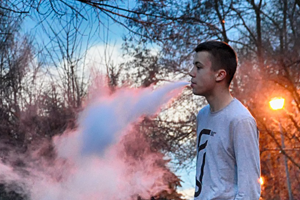 Earlier this week the U.S. Court of Appeals for the D.C. Circuit upheld a lower court ruling that the FDA has the authority to regulate e-cigarettes as “tobacco products”. Stating that e-cigarettes are “indisputably highly addictive and pose health risks, especially to youth, that are not well understood”, the Court also upheld a ban on the free distribution of e-cigarette products.

Amid ongoing scrutiny from regulators and a growing number of lawsuits against JUUL, Massachusetts Governor Charlie Baker has signed into law legislation that bans the sale of flavored vaping and tobacco products and places a 75% excise tax on e-cigarettes, effective next June.

A recent study by researchers at Penn State University School of Medicine found blood nicotine levels for JUUL users were almost three times as high as most of the e-cigarette users previously studied. That, along with responses to questions about nicotine craving and anxiety before and after using JUUL, indicate a high addiction potential, according to the researchers. Based on information from a former JUUL sales and distribution executive, a Reuters article titled “JUUL disregarded early evidence it was hooking teens”, says that JUUL’s sales force emphasized JUUL’s addictive power to convince retailers to give shelf space to the product. A lengthy article in The New York Times entitled “How JUUL Hooked a Generation on Nicotine” was published late last month with new information about the company and its marketing approach.

The ongoing troubles at JUUL are having a financial impact, as holders of its stock adjust their valuations of the closely-held company. Bloomberg reports that Fidelity Investments has cut its valuation of the company to $16.4 billion, while Tiger Global Management is said to have cut its valuation to $19 billion in September. This is down from a valuation of $38 billion at the time Altria made its investment last December. Altria declined to comment other than to note that the company took a $4.5 billion charge in the third quarter as U.S. vaping volume came in lower than expected.