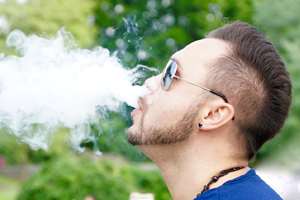 Amid an increasing number of reports of vaping-related illnesses and deaths, Juul announced that Kevin Burns has stepped down as CEO and will be replaced by K.C. Crosthwaite, a former executive at Altria, which owns a 35% stake in Juul, who has previously served as an observer to Juul Labs Board of Directors. According to Altria’s website, Crosthwaite joined Phillip Morris USA in 1997 where, among other positions, he was Vice President and General Manager of the Marlboro brand and most recently served as Altria’s Senior Vice President and Chief Strategy and Growth Officer.

The announcement about Crosthwaite included this statement: “I have long believed in a future where adult smokers overwhelmingly choose alternative products like JUUL. That has been this company’s mission since it was founded, and it has taken great strides in that direction. Unfortunately, today that future is at risk due to unacceptable levels of youth usage and eroding public confidence in our industry. Against that backdrop, we must strive to work with regulators, policymakers and other stakeholders, and earn the trust of the societies in which we operate. That includes inviting an open dialogue, listening to others and being responsive to their concerns.”

Commenting on Crosthwaite’s appointment, Nancy Brown, CEO of the American Heart Association stated, “We are deeply concerned that under the leadership of someone who was most recently responsible for growing the market for Marlboro and other deadly tobacco products, Juul will continue to prey upon youth and mislead the public about the health risks of e-cigarette use.”

Juul also announced they would suspend all broadcast, print and digital advertising in the United States, including its “Make the Switch” campaign, which the FDA says violates federal marketing standards. Juul further stated they would refrain from lobbying the administration on a proposed ban of flavored vaping products. In addition to several local bans, Massachusetts has announced a four-month ban on all vaping products and Rhode Island, New York and Michigan banned the sales of flavored vaping products earlier this month.

At a hearing of the House Committee on Oversight and Reform lawmakers have heard from representatives of the CDC, the American Lung Association, former smokers who switched to vaping and relatives of those sickened by the use of vaping products.