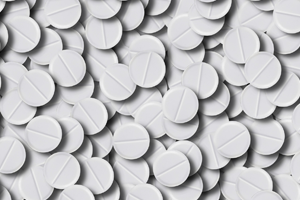 In an effort to avert the landmark federal opioid trial brought by two Ohio counties and scheduled to begin on October 21, four key defendants reached a last minute $260 million settlement. Distributors Amerisource Bergen, Cardinal Health, McKesson and drug manufacturer Teva Pharmaceutical joined other defendants including Johnson & Johnson, Janssen, Mallinckrodt, Endo International, and Allergan in negotiating settlements on the eve of the historic trial. The three distributors are responsible for handling 90% of the prescription drugs in the United States.

The distributors will collectively pay $215 million immediately; manufacturer Teva will be paying $20 million in cash and will contribute $25 million worth of Suboxone, a drug used to treat opioid addiction, over 18 months.

A new trial date will be scheduled for the lone remaining defendant, pharmacy chain Walgreen’s.

Teva is also seeking to resolve all its pending opioid suits with a proposal offering $250 million in cash and $23 billion in treatment drugs. Following the announcement of this agreement in principle with attorneys general from a number of states, Teva’s stock rose by more than 8%.

Also on October 21, Attorneys General from Pennsylvania, Texas, Tennessee and North Carolina renewed their call for the global settlement that would resolve the opioid litigation, announcing a proposed $48 billion settlement framework with manufacturers Johnson & Johnson and Teva and distributors Cardinal Health, McKesson and Amerisource Bergen. Details of the proposed settlement are still being worked out and it is unclear if it will be accepted by additional states, local governments and tribes that have been impacted by the opioid epidemic.

An upcoming meeting with Judge Polster, the judge overseeing the opioid MDL, will focus on the selection and timing of future bellwether trials. The next trial in the MDL is scheduled to begin early next year and will likely focus on the opioid crisis in Huntington and Cabell County, West Virginia, the municipalities with the highest opioid overdose rate in the country.