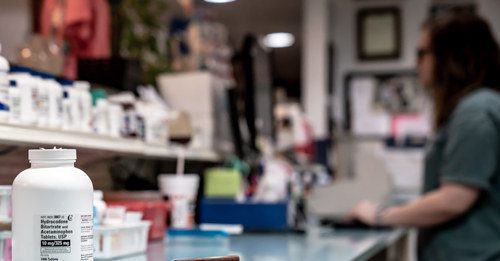 In April, Judge Polster scheduled a new bellwether trial shortly after issues involving the addition of dispensing allegations against the pharmacy defendants were eliminated by the Sixth Circuit in a previously scheduled bellwether.  The appellate court in that instance ruled that the dispensing allegations were added too late to the amended complaints filed in those cases.  In response to the scope being limited, Judge Polster selected new bellwether cases and again included the dispensing allegations, assigning a 2021 trial date. In their current motion, the pharmacies argue that in so doing, the judge has exhibited blatant bias and is essentially directing the plaintiffs’ trial strategy by restructuring the plaintiffs’ case and acting to request a new trial without being directed to by the plaintiffs.  They also object to a public nuisance theory of liability being the sole focus of the new case which would enable Judge Polster to determine the remedy.

This is the defendants’ second attempt to have the judge removed.  On October 10, 2019, the Sixth Circuit rejected attempts by the drug companies to disqualify the judge based on his statements in support of a settlement that they viewed as improper. At that time, the pharmacies accused Judge Polster of “prejudgment of the merits” and the “pursuit of a personal mission” to handle the opioid crisis by targeting the large drug companies.

In response to the most recent attempt to oust him, Judge Polster told the Sixth Circuit that any allegations of bias are reckless and false, writing in a letter filed with the court “To state it plainly: the assertion by [the pharmacies] that any of my decisions are ‘tainted’ by ‘partiality,’ and particularly that I have ‘maneuvered’ the litigation so that I can force a preordained result … is dangerous fiction.”  He also added that the pharmacies should have anticipated the scheduling of new bellwether trials that included the dispensing claims.