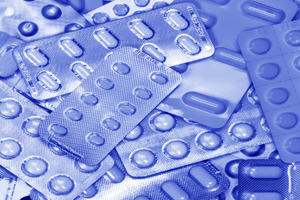 At a hearing on June 25 held at the U.S. District Court for the Northern District of Ohio in Cleveland, Judge Polster, in response to concerns raised by distributors, pharmacies and state attorneys general, refrained from ruling on the plaintiffs’ attorneys’ motion to create a “negotiating class”, indicating that he wanted to allow ample time for the parties to file any objections.

After the plaintiffs’ filed a motion on June 14 to create a nationwide “negotiating class” designed to craft a comprehensive settlement structure for the opioid crisis, the defendants raised objections citing both legal and practical roadblocks.

Judge Polster has given until July 9 for the plaintiffs’ attorneys to file an amended motion for certification with any objections due by July 23. A hearing is set for August 6 at which point the judge intends to rule on the revised motion.  The first trial in this MDL is scheduled to begin October 21, 2019.

Hunter sued J&J alleging it helped create the opioid crisis in Oklahoma by misrepresenting the risks of opioid abuse in an effort to drive up sales.  The proceeding is a bench trial that will be decided by Cleveland County District Judge Thad Balkman.

The judge in the New York litigation against Purdue Pharma has rejected the Sacklers’ attempt to have claims against them dismissed.  The family members made a number of arguments including the contention that they are not New York residents and that the claims were barred by the New York statute of limitations. New York Supreme Court judge Jerry Gargiulo refused to dismiss the claims against the family members but stated that they could renew their motions to dismiss once discovery in the case was concluded.  The lawsuit was brought by the New York attorney general and alleges deceptive acts and false marketing practices on the parts of the defendants that led to the opioid crisis in New York.