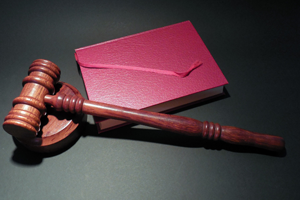 A recent ruling by the Supreme Court of Pennsylvania regarding the Risperdal trials has quickly changed the course of the litigation.

Risperdal, a drug manufactured by Janssen (a subsidiary of Johnson & Johnson), has been prescribed for years by doctors to treat schizophrenia and bipolar disorder. The drug was approved by the FDA in 1993 for use by adults only. In some cases Risperdal was prescribed to children to treat bipolar disorder and irritability associated with autism. At that time there was no mention of a side effect that could occur while taking Risperdal – gynecomastia, which is the abnormal growth of breast tissue in males. Once the connection between the drug and gynecomastia was made, Janssen changed their label in 2006 to warn of the side effect. While this was an important change to the labelling, it did not account for the fact that the drug had been on the market for years without mention of gynecomastia.

The litigation was recently transformed by a ruling from the Supreme Court of Pennsylvania that under Pennsylvania’s discovery rule the question of when a claimant knew or should have known that an injury was attributable to a product is a factual question to be decided by a jury. Janssen had previously requested a summary judgement with a global accrual date of October 31, 2006 for all claims. This was the date the label of Risperdal was changed to include gynecomastia as a side effect.

In two of the more recent rulings, Saksek vs. Janssen and Winter vs. Janssen, the summary judgement proposed by Janssen was overturned. Plaintiffs Saksek and Winter were both users of Risperdal and consequently developed gynecomastia. Based on the evidence that neither plaintiff knew or heard of gynecomastia before, they never received a description of the drug or its symptoms from their doctors, neither had medical training, and they both believed that the growth of breast tissue was weight gain instead of gynecomastia, the court ruled that when the plaintiffs knew or should have known their injury was connected to Risperdal must be decided by a jury, not by a court.

This new decision from the Supreme Court of Pennsylvania has the potential of expanding the pool of Risperdal claimants by including thousands of cases that were previously thought to be non-viable because of statute constraints.