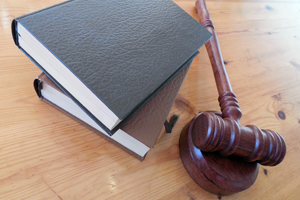 Last week a jury in Philadelphia hit Johnson & Johnson and its Janssen Pharmaceuticals subsidiary with an $8 billion punitive damages verdict in a Risperdal trial. Nicholas Murray’s lawsuit alleged that, after being given Risperdal in 2003 at age nine for symptoms of autism, he grew breast tissue, a condition known as gynecomastia. J&J was accused of failing to warn about the risks of Risperdal and improperly marketing it to treat certain mental health conditions in children. Risperdal is an anti-psychotic drug approved by the FDA for schizophrenia in adults in the 1990s. In October 2006 the FDA approved a pediatric application for the drug to treat symptoms of autism in children.

A jury had previously awarded Murray $1.75 million in compensatory damages, finding that warning labels at the time he used the drug failed to adequately warn doctors about the risk of abnormal breast growth in adolescents. That award was later reduced to $680,000 due to a cap on non-economic damages under Maryland law. At the time, the jury was prevented from considering a punitive damage award due to a global order in the mass tort program established to coordinate the approximately 7,000 Risperdal cases pending in Philadelphia County. That order was overturned on appeal, allowing the punitive damages phase to proceed.

In 2013, Johnson & Johnson paid $2.2 billion in criminal and civil fines, in part to resolve allegations that it illegally marketed Risperdal as a way to control patients with dementia in nursing homes and children with certain behavioral disabilities.