Litigation Update: The Latest on Opioids 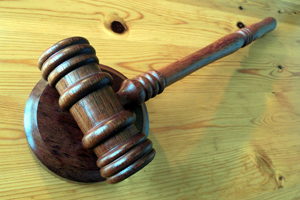 There have been a number of developments in the wake of last week’s tentative settlement of over 2,000 lawsuits filed by a number of municipal governments and states in federal court in Cleveland against a number of defendants, including Purdue Pharma and its owners, the Sackler family.  Under the terms of the settlement, in addition to Purdue’s agreeing to file Chapter 11 bankruptcy and restructuring the company as a “public beneficiary trust” the Sacklers agreed to contribute $3bn of their own personal wealth over a seven year period. In an announcement that may prompt a re-evaluation of the proposed settlement, New York Attorney General Letitia James said on Friday that the Sackler family may have attempted to hide at least $1bn in assets in several overseas accounts, presumably to avoid potential additional liability in other court cases that are not part of the settlement.  The original settlement was based in part on the understanding that the Sacklers’ wealth totaled approximately $13bn but the transfers, if proven, could mean that the family had far more money than previously believed, which some states argue warrants a greater contribution from them.  Twenty-five states had already taken the position that the deal did not do enough to hold the Sacklers personally responsible or require them to make a sufficient personal contribution.

The wire transfers of the $1bn discovered so far were made through several unnamed financial institutions, the majority of which were Swiss bank accounts. The Sackler family claims that the transfers were made long ago and there is nothing inappropriate or illegal about them, accusing the New York Attorney General of attempting to implode the settlement.  Attorney General James has filed subpoenas requesting financial records form 33 institutions and if these records reveal any additional suspect transfers, the Sacklers could face criminal as well as civil charges.

In a separate turn of events, several defendant drug distributors and pharmacies have, in a surprise move, filed a motion accusing the judge overseeing the federal MDL, U.S. District Judge Dan Aaron Polster, of bias and are seeking to disqualify him from the case. The motion was filed by AmerisourceBergen Drug Corp., Cardinal Health Inc., McKesson Corp., CVS Pharmacy Inc., Rite-Aid Corp., Walgreen Co., Walmart Inc. and Henry Schein Inc.; defendants Johnson & Johnson and Teva Pharmaceuticals did not join in the motion. The motion follows Judge Polster’s certification on September 11 of a “negotiation class” tasked with crafting a global settlement with the opioid manufacturers and distributors on behalf of more than 30,000 local government entities. The six negotiators named are Jayne Conroy (Simmons Hanly); Christopher Seeger (Seeger Weiss); Zachary Carter (Corporation Counsel of New York City and former U.S. Attorney for the Eastern District of New York); Louise Renne (Renne Public Law Group); Gerard Stranch (Branstetter Stranch); and Mark Flessner (Corporation Counsel for the City of Chicago and former federal prosecutor in the U.S. Attorney’s Office in the Northern District of Illinois).

In addition, an appellate court in Tennessee ruled that opioid makers, including Purdue, Endo Pharmaceuticals, Mallinckrodt Pharmaceuticals, and Teva Pharmaceuticals could be sued by the state’s attorney generals as drug dealers under the Tennessee Drug Dealer Liability Act; according to Appellate Judge D. Michael Swiney: “Drug manufacturers cannot, as is alleged here, knowingly seek out suspect doctors and pharmacies, oversupply them with opioids for the purpose of diversion, benefit from the process, and then cynically invoke their status as otherwise lawful companies to avoid civil liability.”