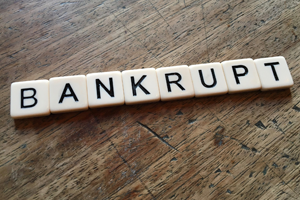 The first hearing in Purdue Pharma’s Chapter 11 bankruptcy filing was held on Tuesday September 17 before U.S. Bankruptcy Judge Robert Drain in White Plains, NY, two days after the drug maker filed for bankruptcy and just weeks before the first trial is scheduled to be held in the consolidated multidistrict opiate litigation in Cleveland, Ohio.

Purdue Pharma is seeking support for a proposed settlement of over 2500 lawsuits that allege Purdue’s deceptive marketing practices misled victims by understating the risks of addiction posed by its products, in particular its flagship drug, OxyContin, which in turn fueled the opioid crisis that resulted in the overdose deaths of at least 400,000 people in the United States between 1999 and 2017.

Purdue Pharma’s lawyers warn that the Sackler family may withdraw their commitment of personal funds if these other suits are not blocked.

The tentative deal was estimated to be worth up to $12bn, but opponents claim its value will not come close to that figure; there are also concerns that the company will not admit wrongdoing under the terms of the agreement.

The resistance to the settlement by about half of the states may result in making the bankruptcy process far more complicated; another issue according to New York’s Attorney General Letitia James is that the Sacklers had transferred at least $1bn to themselves using hidden accounts, including some in Switzerland, in an effort to shield their assets from the growing litigation.

Having filed for bankruptcy, Purdue Pharma and a special committee appointed by its board of directors are now responsible for looking into these claims that the company improperly transferred money to the Sackler family; at Tuesday’s hearing Purdue’s company attorney Marshall Huebner pledged that the company would continue its investigation into the matter.