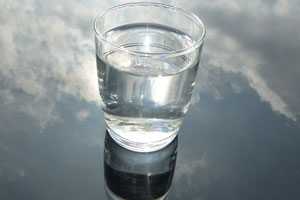 The juries in two separate cases pending against DuPont in the U.S. District Court in Columbus, OH came to different conclusions last week. Both cases were brought by plaintiffs who alleged that their cancers were caused by drinking water contaminated with per- and polyfluoroalkyl chemicals that leaked from DuPont’s Washington Works plant in Parkersburg, WV; these chemicals are also known as “forever chemicals” or “PFAs” because of the length of time they exist in nature without breaking down.

In the first case brought by Travis and Julie Abbott, the jury awarded $50 million in compensatory damages, the largest such award to date against DuPont in these types of cases. Mr. Abbott claimed that his testicular cancer was caused by his exposure to C8 or PFOA, a chemical used to make Teflon that was manufactured in DuPont’s Washington Works plant in West Virginia. Although the jury awarded the plaintiffs’ compensatory damages they did not find the company acted with malice and elected to award no punitive damages. DuPont has stated that the jury decision not to award punitive damages supported the company’s position that at no time did it act with conscious disregard for the people living near the Parkersburg plant.

There has been extensive litigation involving this plant and this same chemical dating back to 1998 when a local family sued DuPont for the loss of cattle who had been grazing near a PFOA-contaminated landfill. This lawsuit revealed information that led to DuPont reaching a 2005 $16.5 million settlement with the E.P.A. for the largest civil administrative penalty under any federal environmental statute at that time; DuPont also settled a class action filed in 2001 on behalf of 70,000 residents living in areas surrounding the Washington Works plant where DuPont’s “forever chemicals” had leaked into local water supplies. This action was resolved in 2005 with DuPont agreeing to pay $70 million (up to $235 million if necessary) to be used toward medical monitoring for those people living in six water districts around the Parkersburg plant.  There was also an MDL filed on behalf of 3,550 plaintiffs with personal injury claims related to PFOA exposure that was settled in 2017 for $670 million.

The jury in the second case brought by Angie and Teddy Swartz was deadlocked and unable to reach a verdict; the Swartzes were seeking $11.5 million in damages, alleging that Ms. Swartz’ kidney cancer was caused by her exposure to DuPont’s PFAs. The case is currently awaiting a new trial.

DuPont has announced it plans to appeal the verdict in the Abbott case.