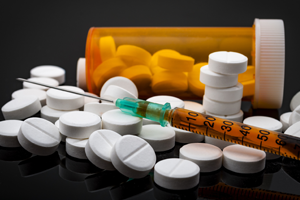 State and local governments in West Virginia are poised to put an end to most of the ongoing litigation stemming from the decades-long opioid crisis that has been linked to over 430,000 deaths across the country since 2000.  The $1.25 billion deal was crafted in Charleston last week between 250 attorneys and companies from all sectors of the drug industry and seeks to provide funds to state and local governments, hospitals and other public entities impacted by the crisis. According to Paul Farrell, a West Virginia lawyer who was instrumental in brokering the deal, the companies would have to determine their share of the payments and West Virginia officials would be responsible for allocating the money to the various communities and governmental entities. Lawyers’ fees are to come out of an additional amount set by the West Virginia Mass Litigation Panel and not out of the settlement monies.

The deal excludes two key players – Purdue Pharma and Mallinckrodt as those companies are seeking to settle their opioid liabilities in the bankruptcy court. It also does not include state Attorney General Patrick Morrisey’s claims against other drug makers. West Virginia pursued its own deal in part because it would not have been able to participate in the national $18 billion settlement being negotiated with the three major distribution companies, AmerisourceBergen, Cardinal Health and McKesson, having already settled other lawsuits with those companies over the last three years.

The state of West Virginia has suffered the highest rate of opioid overdose deaths in the country.