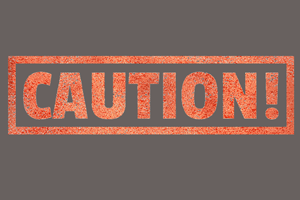 According to a recent FDA announcement, a probable human carcinogen has been found in some ranitidine heartburn medications, including brand name Zantac, and the FDA is investigating the possible source of contamination. The substance is NDMA (N-Nitrosodimethylamine), the same contaminant that lead to recalls of blood pressure and heart failure medications such as Valsartan over the last year.

Several companies responded at first with a voluntary distribution halt, but at least one has now issued a recall. Sandoz, the generic division of Novartis, has issued a recall for all lots of its 150 mg and 300 mg ranitidine hydrochloride capsules “because of confirmed contamination with N-Nitrosodimethylamine (NDMA) above levels established by the FDA.” GlaxoSmithKline has suspended supply of the drug worldwide, as has Dr. Reddy’s Laboratories. Sanofi, the producer of Zantac, has not halted sales of the brand name product at this time.

Health Canada has requested that all companies stop distributing ranitidine drugs in Canada while it investigates NDMA. Some countries in the European Union are recalling ranitidine containing an active ingredient made by an India-based manufacturer, Saraca Laboratories, after the facility received a notice from the European Directorate for the Quality of Medicines that its certificate of suitability for ranitidine hydrochloride had been suspended with immediate effect. Saraca also is registered with the FDA to make active ingredients for medicines taken by American consumers.

Ranitidine is an over-the-counter (OTC) and prescription drug. It is a histamine-2 blocker, which decreases the amount of acid created by the stomach. Ranitidine OTC is used to prevent and relieve heartburn associated with acid ingestion. Prescription ranitidine is approved for multiple indications, including treatment and prevention of ulcers of the stomach and intestines and treatment of gastroesophageal reflux disease (commonly known as GERD).