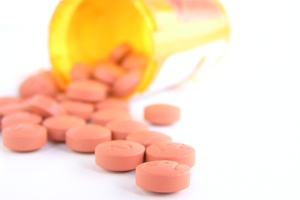 The Judicial Panel on Multidistrict Litigation (JPML) is expected to consider creating an MDL for the Zantac litigation at its upcoming hearing in early December. Considering that Zantac (ranitidine) has been on the market for decades and was so widely-used, the number of potential claimants is expected to be significant.

Contrary to the recent FDA announcement, there is evidence that the issue with Zantac is not contamination but is instead the actual molecular structure of the drug, which is converted in the body into N-nitrosodimethylamine (NDMA). NDMA is classified as a probable human carcinogen by the FDA, the EPA and IARC (International Agency for Research on Cancer).

A 2016 study by environmental researchers at Stanford and Syracuse University tested the urine of ten healthy subjects prior to and after ingestion of a 150mg Zantac tablet. Levels of NDMA in the urine increased over 400 times after taking the Zantac tablet.

More recently, Valisure LLC, a Connecticut-based online analytical pharmacy that routinely tests medications, also found a link between ranitidine and NDMA and filed a citizen petition with the FDA urging the FDA Commissioner to request a recall and suspend sales of ranitidine.

In a statement, David Light, CEO of Valisure, stated that their research “found that NDMA was the result of the “inherent instability” of the ranitidine molecule. This means that all manufacturers, brand or generic, and all lots of ranitidine-containing medications are affected and could generate very high levels of NDMA in the human body.”