The Changing Nature of Mass Torts 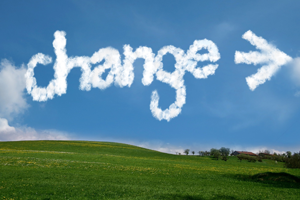 Regarded by many as the original mass tort, asbestos litigation made front-page headlines in the late 1970s and early 80s, with estimates for the eventual cost of asbestos litigation in the hundreds of billions of dollars. Tobacco was another early litigation where lawyers sought justice for thousands of injured people. Many of the leading firms in those litigations remain at the forefront of mass tort litigation today.

Once again, the mass tort landscape is undergoing change. No longer limited to traditional drug and device cases, today’s mass torts involve a host of products that don’t fall into either of those two categories. These include:

3M Combat Arms™ Earplugs: These dual-sided earplugs are at the center of what may well be the biggest mass tort litigation news this year; as we wrote about in a previous blog, this could end up being the biggest mass tort outside of asbestos. 3M’s Combat Arms Earplugs (CAEv2) were issued to military service members from 2003 to 2015 for use both domestically and during deployment, including in combat zones in Iraq and Afghanistan. Lawsuits have been filed against 3M claiming the earplugs were defective and led to noise-induced hearing loss and/or tinnitus (ringing in the ears). Lawyers estimate that there may actually be hundreds of thousands of veterans with CAEv2 claims.

Monsanto’s Roundup® and Cancer: Practically a household name, Roundup is the most widely used pesticide in the world, but it has been linked to various cancers, especially among those who work in farming and agriculture. There have already been a number of large verdicts this year, including one for $2 billion awarded to a couple in California.

JUUL and other e-cigarettes: JUUL Labs, Inc. is facing significant scrutiny for its e-cigarettes. Along with potential health considerations, there are significant concerns that the company followed the former practices of Big Tobacco by using flavoring, bright colors and youth-focused ads to market their product to teenagers.

These changes attest to the ongoing dedication of the plaintiffs’ bar to continue to hold the manufacturers and marketers of dangerous products accountable for the harm they cause. 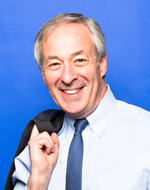 As the V.P. of Client Services and Co-founder of the company, Dan helps Verus’ clients understand the various claims-related issues and the decisions that Verus makes or recommends on claims-related matters. MORE