Litigation Update: The Latest on the Opioid MDL 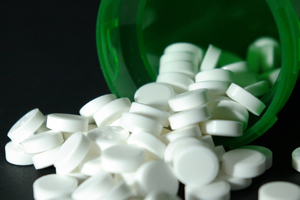 Just weeks before the October 21 start of the first bellwether trial, Purdue Pharma, LP and its owners, the Sackler family, have reached a tentative settlement involving over 2,000 lawsuits filed by local municipalities, states and tribes in federal court in Cleveland; the deal is valued at up to $12 billion but does not cover suits brought by a number of states.  The Sacklers have agreed to contribute $3 billion of their own wealth over seven years and Purdue is expected to file for Chapter 11 bankruptcy as part of the deal. The company that will emerge will be restructured as a “public beneficiary trust” with its drug sale profits directed to local government efforts to combat the effects of the opioid crisis.  Purdue will continue to sell OxyContin and other medications to fund the trust which will be overseen by a board chosen by court-appointed trustees; the company will also donate drugs to be used for addiction treatment and overdose reversal, some of which are currently in development.

This is the first settlement in the consolidated multidistrict litigation pending in Ohio and is intended to resolve the majority of cases against Purdue. It has been met with opposition, however, from a number of state attorneys general, including those from Connecticut, New York, Massachusetts, Pennsylvania and Colorado, who believe the proposed deal does not go far enough to hold the Sacklers accountable or recoup resources from them that would be sufficient compensation for the damages they are alleged to have inflicted.

Notwithstanding a Purdue settlement, the bellwether trial scheduled for October 21 in Cleveland involving claims by Cuyahoga and Summit counties will proceed against the remaining defendants which still include Johnson & Johnson and McKesson Corp. Endo Pharmaceuticals settled in August for $10 million; Allergan also settled in August for $5 million and Mallinckrodt recently settled for $24 million in addition to an agreement to provide $6 million in generic drugs.

In related news, the judge presiding over the consolidated federal litigation, U.S. District Judge Dan Aaron Polster, recently issued a number of orders that essentially precluded most of the parties’ available preliminary defenses; these include orders denying partial summary judgment motions filed by defendants Mallinckrodt, Teva, Actavis Generic, Janssen Pharmaceuticals, Johnson and Johnson and Walgreens on issues including civil conspiracy, federal pre-emption of state law claims, and arguments that the plaintiffs’ state law claims were preempted because they conflicted with decisions of the Food and Drug Administration (“FDA”) regarding approval and labeling of prescription opiates. The judge also denied motions filed by both plaintiffs and defendants addressing the public nuisance claims.

Additionally, in an opinion and order issued on September 10, Judge Polster denied the defendant manufacturers’ and distributors’ motions for summary judgment on plaintiffs’ claims under the Racketeer Influenced and Corrupt Organizations (RICO) and Ohio Corrupt Practices Act (OCPA). By being allowed to pursue their RICO and OCPA claims, the plaintiffs will have the opportunity to potentially be awarded treble damages as well as recover attorneys’ fees.

Finally, on September 11, Judge Polster issued an order and opinion granting the plaintiffs’ motion to certify a negotiation class designed to “create a cohesive group of cities and counties to negotiate classwide settlements, on a voluntary basis, involving defendants who are engaged in nationwide opioid manufacturing, sales or distribution.” The class would allow the drug manufacturers, distributors and pharmacies to pursue settlements with the over 30,000 local government entities defined by the US Census Bureau that may have been impacted by the opioid crisis.