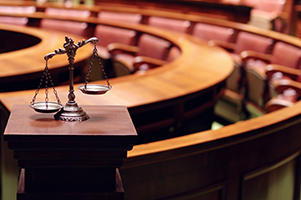 On May 19, 2020, Johnson & Johnson announced it is discontinuing North American sales of its talc-based baby powder, a product it has defended for decades in the face of lawsuits filed by consumers who say it caused cancer. This move likely would not have happened without the public attention drawn to individuals who have developed suspected talc-related cancers by the efforts of those victims’ persistent advocates – the plaintiff’s bar. Litigation is often the only route to petition for redress of grievances

Historically, litigation and specifically the plaintiff’s bar have been influential in getting Corporate America to take action that neither legislation nor regulation could. The recent J&J news brings to mind a similar story dating to the late 1970s: A $125M jury verdict against one company in February 1978 for disfiguring burns suffered by a 13-year-old boy brought significant public attention to design defects in one of its popular products. Publicity included extensive print coverage and a 60 Minutes segment that eventually resulted in the manufacturer’s decision to cease making and selling that product. That product was the Ford Pinto.

So what IS the latest status in the J&J talc litigation? As recently as April 27, 2020, the New Jersey federal court judge in one of the nation’s largest MDL — with more than 16,000 cases pending involving J&J’s baby powder – issued a ruling in which she rejected most of J&J’s efforts to exclude testimony from a number of experts who had maintained that its baby powder products contained asbestos and could cause ovarian cancer and ultimately paved the way for trials to be held in the MDL. Judge Wolfson found support for the plaintiffs’ claims that there was a statistical association between genital talc use and ovarian cancer.

And further to the west, on April 24, 2020, J&J appeared before the Missouri Court of Appeals for the Eastern District, arguing to overturn the June 2018 $4.69 billion verdict that found the company liable for the ovarian cancers suffered by 22 plaintiffs. At the conclusion of that six-week trial, the jury awarded each plaintiff $25 million in compensatory damages and added $4.14 billion in punitive damages. The punitives were divided, assessing $3.15 billion against J&J and an additional $3.15 million against its subsidiary, J&J Consumer Inc.

So how will J&J’s decision to discontinue sales of its baby powder ultimately impact the ongoing talc litigation? While we will likely see predictable posturing by both sides, juries, will probably view this move differently. The average jurist will be smart enough to see through the COVID-19 driven “portfolio reassessment” as a thinly veiled excuse to take a tainted product off the market and put a cap on future liabilities.

We have seen similar storylines before: when Merck announced in 2004 that Vioxx was being withdrawn from the market, their public announcements focused on the results of a recent clinical trial as the reason for the withdrawal. But in the trials that followed over the next two years, juries heard evidence that Merck knew about the safety issues with Vioxx well beforehand and withheld that information from the FDA. The result was a number of major jury verdicts in favor of plaintiffs that eventually led to a nearly $5 billion settlement.

Time will tell if J&J will express interest in similar settlement negotiations. 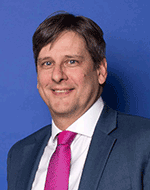