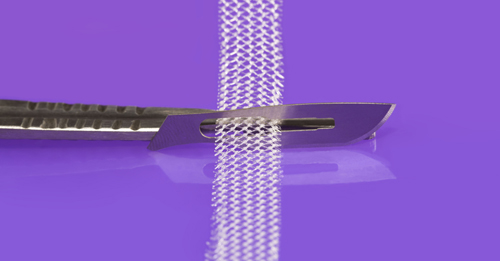 On March 2, a three-judge appeals panel in New Jersey overturned two verdicts totaling more than $83 million against Johnson & Johnson and C.R. Bard, Inc. on the grounds that the trial court had erred by preventing the defendants from presenting certain evidence to the two juries who made the awards in 2017 and 2018.

The  appeals court consolidated two cases – those of plaintiffs Elizabeth and Tadeusz Hrymoc, and Mary and Thomas Walsh McGinnis – who alleged that they had suffered severe complications, including chronic pain from the use of the pelvic mesh medical device manufactured by Ethicon, a J&J subsidiary, and Bard, a subsidiary of global medical supplier Becton-Dickinson. The jury in the Hrymoc case found that Ethicon was liable under theories of defective design and inadequate warning, resulting in an award of $15 million in compensatory and punitive damages. The jury in the case brought by Ms. McGinnis found Bard liable for design defects and failure to warn as well, awarding $68 million in compensatory and punitive damages.

In overturning the two verdicts, the New Jersey appeals court ruled that, at trial, the presiding judges erred by categorically excluding any proof that defendants had obtained what is known as ‘’’Section 510(k) clearance’ from the U.S. Food and Drug Administration for the devices implanted by plaintiffs’ surgeons.” In response to the defendants’ arguments that they were harmed by being precluded from presenting evidence to the jury that they had received the Section 510(k) clearance from the FDA which they maintained would have proved that their products were substantially equivalent to a device already on the market in terms of design and safety, the appeals panel vacated both jury awards and remanded the cases for new trials; they also ordered new hearings on the admissibility of the 510(k) evidence. The panel rejected the defendants’ additional evidentiary and substantive arguments.

In response to the appellate ruling, counsel for McGinnis, Adam Slater, stated that it had been foreseeable that the 510(k) issue would be headed to the New Jersey Supreme Court, adding that notwithstanding the appeals panel’s findings, the decisions by the trial judges were consistent with other courts including the Fourth, Seventh and Eleventh Circuit Courts of Appeals. Mr. Slater also noted that the appeals court had affirmed the other issues in favor of the plaintiffs, including the amounts of the two awards.