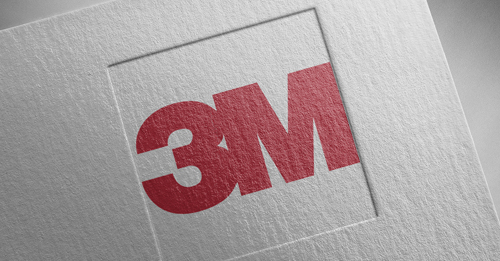 At a March 13 hearing in Florida federal court, two industrial hygienists were barred from testifying in the upcoming multidistrict litigation involving defective earplugs manufactured by 3M.  In their motion, plaintiffs challenged the expert testimony of two Certified Industrial Hygienists, seeking to exclude their opinions in their entirety on the grounds of qualifications, reliability and helpfulness.  In her Order, U.S. District Judge Casey Rodgers ruled that Dr. Richard Neitzel and Jennifer Sahmel would not be allowed to testify about either the Army’s overall implementation of its hearing-related programs or the impact that it has had on soldiers. Moreover, “they will not be permitted to testify that the Army did not consistently or uniformly implement hearing protection device training and fitting requirements, or that failing to do so impacted the efficacy of its hearing programs and placed soldiers at risk of hearing-related injuries.” Judge Rodgers noted that neither Dr. Neitzel nor Ms. Sahmel have served in the Army or have any first-hand experience with the Army Hearing Conservation Program, the Army Hearing Program or the applicable implementing regulations and observed that “an expert’s opinion must nevertheless be based on sufficient facts or data and ’have a reliable basis in the knowledge and experience of his [or her] discipline.’ These experts satisfy neither criteria.” The judge concluded that the proposed experts did not take into account any modifications that the Army had made to its hearing program which made their opinions and any testimony unreliable and stated “Dr. Neitzel’s and Sahmel’s opinions in this regard are speculative, unreliable, and mere conduits for hearsay.” The judge also agreed with the plaintiffs that Dr. Neitzel should be banned from offering the opinion that 3M did not have to abide by Noise Control Act labeling requirements since he is neither a lawyer nor a labeling expert.

The multidistrict litigation pending in the US District Court for the Northern District of Florida was brought by around 220,000 service members and veterans who claim that Combat Arms Earplugs Version 2 (CAEv2) provided by 3M and predecessor Aearo LLC during military training and service were defective and damaged their hearing, causing tinnitus and hearing loss. Plaintiffs also claim that the earplugs did not have adequate warnings. Three cases were consolidated in January, 2021 for a bellwether trial scheduled to start on March 29.

In another motion filed on March 19 with the court, plaintiffs “requested an immediate hearing to address Defendants apparent efforts to perform impermissible jury research, influence the jury, and subvert the Court’s judgments and evidentiary rulings.” The motion was prompted by the creation of a website posted by 3M on the Internet for which 3M paid to “pin” the link so it appeared on the top of Internet searches regarding “Combat Arms Earplugs” and “earplugs lawsuit”. Plaintiffs argue that the website is entirely driven by the current litigation, pointing to the fact that 3M discontinued the CAEv2 earplugs in 2015.  Plaintiffs sent the Defendants a request to immediately take down the 3M Earplugs Facts website and raised the issue that since juror questionnaires had already been distributed for the upcoming bellwether trial, the parties would need to mitigate any prejudice to the plaintiffs. At the hearing on the motion held on March 19, plaintiffs argued that the website had the potential to sway jurors; the judge gave 3M until March 20 to respond.