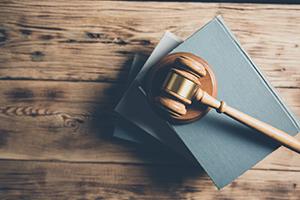 On May 8, the California 2nd District Court of Appeals reinstated thousands of cases pending against drug manufacturer Johnson & Johnson involving the antipsychotic drug Risperdal.  The March, 2017 lower court ruling in the Risperdal and Invega Products Liability Cases had granted motions for summary judgment in favor of J&J on preemption grounds in five cases involving plaintiffs from four different states.  In its motion, J&J argued in part that the plaintiffs’ claims were pre-empted because the information on which they relied in making their claim that the company’s warning label was inadequate was not newly acquired and had been among the data considered by the FDA in its approval process.  After years of motion practice, the appeals court decision is allowing the excluded plaintiffs to proceed as part of the California JCCP Risperdal and Invega litigation.

In its decision, the Court ruled that the cases are not federally pre-empted because J&J had, in fact, not submitted all its data for consideration by the FDA. Specifically, J&J did not send a table known as “table 21” that indicated that some patients, when using the drug, had up to a 2.8 times higher risk of developing gynecomastia, a condition that causes abnormal enlargement of breasts in males that has been linked to Risperdal use in children.  Plaintiffs argued that the failure to provide the facts outlined in “table 21” to the FDA led to inadequate labeling that did not properly describe the risks of taking Risperdal. Since there is no clear evidence that the FDA would have rejected a change to the label based on the previously unrevealed information in “table 21”, the cases should not have been deemed to be pre-empted.

The consolidated litigation involves more than 13,000 lawsuits involving children who used the drug after 2006, the date of the modification of the label that the plaintiffs argue was inadequate.

Johnson and Johnson is reportedly investigating the possibility of seeking a review of the reversal.