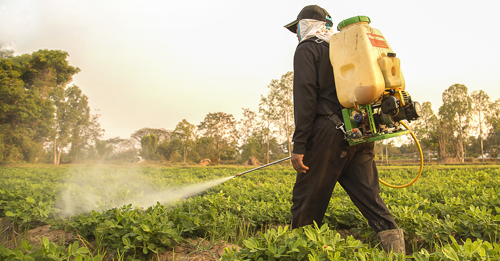 On Monday, July 20, a California appellate court upheld a jury’s finding in 2018 that Monsanto’s popular weed killer, Roundup, was responsible for causing plaintiff DeWayne Johnson’s cancer.  Appearing before a three-judge Court of Appeals panel, Monsanto, a subsidiary of Bayer AG, argued that the plaintiff had failed to prove either liability or causation; they also argued that Mr. Johnson’s claims of the company’s failure to warn were pre-empted by federal law. In its decision affirming the jury’s earlier findings, the court stated that none of Monsanto’s arguments were persuasive.

The court did, however, reduce the total compensatory damages from $39.3 million to $10.25 million, stating that the non-economic damages awarded to Mr. Johnson were not supported by his true life expectancy. The punitive damages were reduced accordingly as well, bringing the total award to $20.5 million.  The original verdict of $289 million had been reduced to $78.5 million by the trial judge in 2018.

Mr. Johnson, a former school groundskeeper, had been the first to file suit over claims that glyphosate-based Roundup caused cancer; his lawsuit was followed by over 100,000 more filed across the country. In the first appellate decision on the issue, the California court upheld most of the plaintiff’s arguments regarding Monsanto’s failure to warn and rejected the company’s position that Mr. Johnson had failed to prove Roundup caused his cancer.  The court also rejected Monsanto’s contention that because the U.S. Environmental Protection Agency had approved the Roundup label in use at the time, Mr. Johnson’s lawsuit was governed by Federal law which pre-empted California law. In its opinion the court stated, “Monsanto cannot avoid liability ‘merely because its failure to warn of a known or reasonably scientifically knowable risk conformed to an industry wide practice of failing to provide warnings that constituted the standard of reasonable care,’ nor can it avoid liability simply because its own testing showed a result contrary to that of others in the scientific community.”

In a statement, Bayer AG praised the court’s reduction of the damages award but stated it was still considering an appeal, maintaining that Roundup was safe and the jury finding was inconsistent with the evidence presented at trial.