Litigation Update: Dupont, Corteva and Chemours Commit to a Resolution of PFAS Liabilities 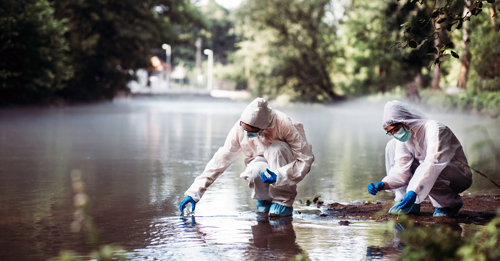 Dupont, Corteva and Chemours announced on January 22 that they have entered into an agreement in which the companies will resolve legal disputes stemming from the 2015 spin-off of Chemours from parent company E.I. DuPont de Nemours and Co and jointly commit $4 billion to resolve potential future legacy liabilities involving the companies’ use of per- and polyfluoroalkyl substances (PFAS) and perfluorooctanoic acid (PFOA), commonly referred to as “forever chemicals”.  These chemicals, which are used in Teflon, firefighting foam, water repellent clothing and a number of other household items have been found to have an extremely long degradation period in both the human body and the environment and have been linked to a host of illnesses and adverse health impacts. The companies also agreed to pay $83 million to settle claims pending in the related Ohio multidistrict litigation.

The agreement entered into by the three companies replaces the February 2017 PFOA Settlement and subsequent amendment to the Chemours Separation Agreement and also establishes a cost sharing arrangement and escrow account to handle the $4 billion committed to address any ongoing legacy liabilities arising from the companies’ pre-July 1, 2015 use of the “forever chemicals”.

Related to the cost sharing agreement, the companies also agreed to establish a $1 billion escrow account to handle any potential future PFAS and PFOAS liabilities to be broken down as follows: Over an eight year period, Chemours will deposit a total of $500 million into the account and together DuPont and Corteva will deposit an additional $500 million. There will be a one-time replenishment mechanism if the escrow account contains less than $700 million as of December 31, 2028.

The $83 million will be dedicated to resolve the personal injury and wrongful death claims arising out of individuals’ alleged ingestion of drinking water contaminated with a chemical, C-8 [also known as perfluorooctoanoic acid (PFOA) or ammonium perfluorooctanoate (APFO)], discharged from DuPont’s Washington Works Plant near Parkersburg, West Virginia currently comprising the MDL pending in Ohio. That money will be split as follows: $27 million to be paid each by DuPont and Corteva and $29 million to be paid by Chemours.