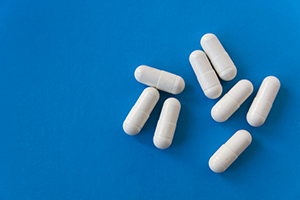 Elmiron [Pentosan Polysulfate Sodium (PPS)] is a drug developed in 1996 by Johnson & Johnson’s subsidiary, Janssen Pharmaceuticals to treat interstitial cystitis, bladder pain and osteoarthritis.  The drug has been linked to serious eye injuries including pigmentary and retinal maculopathy and macular degeneration.  Interstitial cystitis is a disease that causes severe bladder pain and urinary frequency.  Pigmentary maculopathy affects the macula – the part of the eye that responds to light.

A number of studies dating to 2018 have revealed risks associated with long-term use of Elmiron.  The first study, conducted by Emory Eye Center studied six patients who developed pigmentary maculopathy, which is damage to the retinal pigment epithelium.  A second study at Emory in 2019 noted that the pigmented maculopathy did not occur in patients not taking Elmiron and recommended that any patient experiencing eye damage stop taking the drug. An October 2019 study at Kaiser Permanente found toxicity in a significant number of patients taking the drug and two studies later that year in November found Elmiron users had much higher odds of developing macular disease after seven years and suffering ongoing damage even after stopping the drug.  A more recent study in January 2020 showed a strong relationship between Elmiron and maculopathy.

Johnson & Johnson and Janssen have not made any official statements regarding the lawsuits or the allegations made.

Click on this link for information on Verus’ Mass Tort Litigation Support Services. To contact us, fill out this form or email us at info@verusllc.com and we will reply immediately.