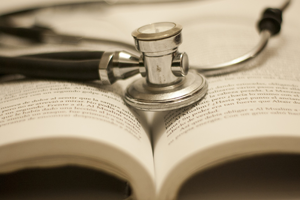 In an unusual move for the company, Johnson & Johnson has settled the latest case brought against it for asbestos-contaminated talc in the middle of the trial.  The plaintiff in the lawsuit, Linda O’Hagan, alleged that asbestos in J&J’s baby powder caused her mesothelioma. (Linda O’Hagan et al. v. Johnson & Johnson et al., case number RG19019699, in the Superior Court of the State of California, County of Alameda).  Experts speculate that the settlement may have been prompted in part by the FDA’s recent finding that its testing on samples of J&J’s talc in fact revealed the presence of asbestos; this was the first trial in which that evidence was presented and the first jury that would have rendered a verdict based in part on it.  Last fall, testing by one of J&J’s own experts while under contract with the FDA had revealed the presence of the carcinogen, prompting a voluntary recall of 33,000 bottles of baby powder.

In the dozens of cases J&J has taken to trial in recent years it has consistently argued that its baby powder did not contain asbestos and the only reports of asbestos in its talc products have been produced by plaintiffs’ experts.  In the O’Hagan trial, J&J argued that the contamination reported by the FDA occurred in the lab and some experts continue to question the relevance of tests done on powder samples to which the plaintiffs themselves were not exposed; however, this recent finding by the FDA will in all likelihood impact the litigation going forward.  According to Dan Myer, Verus’ VP and co-founder, “Johnson and Johnson may have elected to avoid what it predicted would be a large adverse verdict in a state court case that would come with a finding that the evidence presented by experts about whether talcum powder that contained asbestos caused mesothelioma was reliable and that the experts that testified in those cases followed an appropriate methodology.  Their decision may have been made in light of an anticipated ruling in the New Jersey MDL involving more than 12,600 plaintiffs on whether J&J’s baby powder caused the plaintiffs’ ovarian cancer.”

Other attorneys are also attempting to use the findings; in Los Angeles Superior Court plaintiff George Crudge is asking that he be granted a new trial, citing the FDA test results that were released six days after the verdict in his case and the fact that J&J had argued at his trial that only plaintiffs’ experts had ever found asbestos in its talc products.

UPDATE: The settlement amount has been disclosed and J&J agreed to compensate Linda O’Hagan with over $2 million dollars. This is not the first time J&J settles a case. The company still faces over 16,000 other lawsuits claiming that J&J hid that their baby powder contained asbestos.