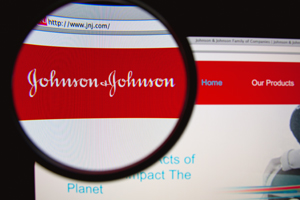 In February, after a massive punitive damages verdict, Johnson and Johnson filed a motion seeking a new trial on the issue of the award as well as motions asking for judgment notwithstanding the verdict and remittitur.  In its filings, J&J claimed that the plaintiffs’ subpoenaing of the company chief executive, Alex Gorsky, was inappropriate, causing the jurors to be exposed to inflammatory and inadmissible evidence that “breache(d) the outer limit of constitutional propriety”.  The testimony was the result of questions by plaintiffs’ counsel regarding the timing of Gorsky’s sale of company stock in November, 2018, just prior to receiving an email about a potentially damaging Reuters article that accused J&J of covering up information it had that its talc was contaminated with asbestos; questions about Gorsky’s compensation also came under fire.  In addition, the company claimed that plaintiffs’ counsel prejudiced the jury against the defendants by “repeatedly suggesting that Mr. Gorsky improperly failed to read historical documents”, by raising questions that implied the company “targeted racial minorities” and by asking questions designed to elicit “highly emotional and cumulative testimony from plaintiffs regarding their injuries”.

Plaintiffs defended their examination of the J&J CEO, responding that his testimony shed light both on the issue of Mr. Gorsky’s veracity given his earlier assertions that he had not been aware of the damaging email as well as any bias that may have been reflected by his overall compensation by J&J.

J&J made a number of other assertions in its motions, claiming that combining four trials for the punitive damages phase of trial was inherently unfair; the company also argued that the punitive damages award itself should have been precluded by the FDA’s statements that talc use is not dangerous.