Litigation Update: Trove of Internal Documents to be Produced in Opioid Litigation 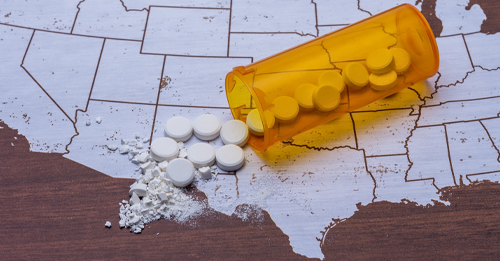 As part of a global resolution to the opioid litigation, pharmaceutical manufacturers and distributors have agreed to make public millions of pages of internal documents that detail the aggressive marketing and sales methods that fueled the epidemic.  OxyContin manufacturers Purdue Pharma LP, Insys Therapeutics Inc., Mallinckrodt PLC and consulting firm McKinsey & Co. have developed disclosure plans to release the documents using centralized document storage systems and repositories that will be made available to both counsel and the public; comparisons have been drawn between this unusual cooperation between the corporations and plaintiffs’ counsel and state attorneys general and the digital archive of records produced in the wake of the tobacco litigation in the 1990s.

The focus of the document production will be to provide transparency to the public into the marketing tactics and aggressive sales techniques that sparked and sustained the nationwide epidemic of prescription opioid and street narcotics addiction that has so far resulted in more than 500,000 deaths since 1999.  The ongoing litigation has already revealed documents describing the behavior of a number of drug company executives and managers, including examples of victim-blaming and ridicule as well as providing examples of the companies minimizing the addiction risks, overestimating the relief provided by the painkillers and turning a blind eye to suspicious opioid orders from prescribers, pharmacies and distributors.

The deal made between consulting firm McKinsey and the state attorneys general to make tens of thousands of internal documents available may shed light on the communications and efforts the firm made on behalf of several drug makers, including Purdue, Mallinckrodt, Endo Pharmaceuticals and Johnson & Johnson.

In addition to giving a window into the behavior of the drug manufacturers, making the documents available to the public and health care researchers may provide insights into the current control procedures surrounding prescription medications and inform congressional action and policymaking within the U.S. Department of Health and Human Services.

It has been noted that the establishment and maintenance of this document repository will be costly; some of the proposed settlements already have provisions built in to reimburse the NAAG (National Association of Attorneys General) for investigation and repository costs.

In a related matter, McKinsey has petitioned the Judicial Panel on Multidistrict Litigation to create a new MDL separate from that against the other manufacturers and distributors pending in the U.S. District Court for the Northern District of Ohio before Judge Dan Aaron Polster. In seeking to have current and future opioid lawsuits against it centralized in New York City, the company’s principle place of business, McKinsey argued that such a move would be more efficient, especially given the fact that the main claim against it is that it provided unlawful advice to Purdue Pharma LP, which is currently in the midst of bankruptcy proceedings in the Southern District of New York.  A number of the lawsuits currently pending in federal court accuse McKinsey of misleading consumers as to the benefits of OxyContin as well as directing its attention to high-volume prescribers that were in all likelihood enabling the prescription opioid abuse.

If McKinsey does not prevail in its request to the JPML, it will likely argue that it has personal jurisdiction defenses that would mitigate against the cases being tried in Ohio.  It also notes in its motion that a transfer of cases against it to Ohio would negatively impact the progress of cases already in the Ohio MDL.