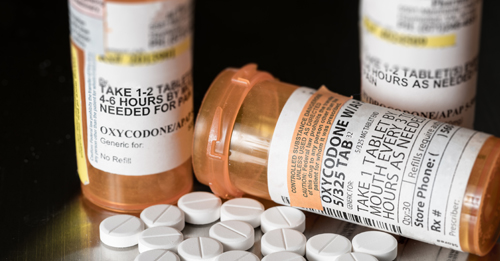 In response to motions opposing additional bellwether trials filed on March 26 and March 29 by the nations’ biggest pharmacy chains, Judge Aaron Dan Polster issued an order rejecting the objections and reaffirming his plan to schedule an additional five trials in the coming months.

In their filings in March, pharmacy chains CVS Health Corp., Walgreen Co., Walmart Inc. and Rite Aid Corp. argued that Judge Polster’s plan to add several trials to what they contend is a full trial schedule treats them unfairly and punishes them for not settling. They maintain that, although the Court states that the additional trials will “provide the parties with the necessary data to advance a global settlement”, there will be more than enough information available from the currently scheduled trials. The pharmacies argue that the additional trials unfairly single them out and “create the appearance that the Court is either penalizing Pharmacy Defendants for exercising their right to maintain separation between the Court’s adjudication and mediation functions, unduly pressuring them to settle, or both.”

Judge Polster, in his four-page Order filed on April 5, denies the argument that the new schedule is designed to target the defendants for failing to settle, observing that “the pharmacy defendants imply that the proposed bellwether trials appear to be intended to penalize them for not settling. This overlooks the simpler explanation that the focus of the MDL has turned to them in the normal course.” It should be noted that although the litigation initially focused on manufacturers and distributors, many of those defendants are already finalizing global settlements resulting in a renewed focus on pharmacies who, it is argued, sold huge amounts of prescription narcotics for years despite red flags that indicated the drugs were likely being diverted to recreational use.

As a result, on April 7, Judge Polster selected five additional cases to serve as bellwether trials for the MDL, reiterating that the increased trial schedule was not intended to punish the pharmacies for failing to settle but was aimed at resulting in verdicts that might ensure there was  sufficient data to “engage in meaningful settlement discussions” adding that the trials would “also give a number of courts of appeal the opportunity to address the important legal issues that these cases raise under the Controlled Substances Act.” The five new bellwether plaintiffs are Durham County, North Carolina, in the Fourth Circuit; Tarrant County, Texas, in the Fifth Circuit; Montgomery County, Ohio, in the Sixth Circuit; Santa Fe County, New Mexico, in the Tenth Circuit; and Cobb County, Georgia, in the Eleventh Circuit. In selecting them, the judge noted that the cases came from lists that had previously been submitted by the parties and observed that he chose two cases from each side’s list while adding a fifth from the plaintiffs’ list because it was filed in Ohio and would use data already submitted in the MDL proceedings.