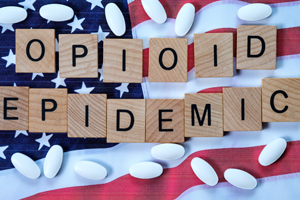 On Friday, February 7, arguments were underway in the 6th Circuit Court of Appeals as drug distributors and municipalities sought to overturn a federal district judge’s certification of a ”negotiation class” tasked with achieving a global settlement between the pharmaceutical companies and the 30,000 cities and counties in the United States affected by the widespread opioid crisis. The negotiation class was approved in September, 2019 by Judge Polster who is presiding over the opioid MDL in federal district court in Ohio; it presents a novel approach to addressing the crisis that has claimed tens of thousands of lives across the country.

In their opening briefs, a number of pharmaceutical companies and distributors, including Amerisource Bergen Drug Corp., McKesson Corp., Cardinal Health, Walgreen Co. and CVS Health Corp along with six Ohio cities opposed the certification of the negotiation class, arguing that Rule 23 of the Federal Rules of Civil Procedure do not authorize it; the cities also contended that the attorneys who appear in both the bellwether trials and the negotiation class have irreconcilable conflicts of interest. The cities also argued that the complicated certification order puts too much financial pressure on the various municipalities to settle.

Appellees briefs are due in late March.