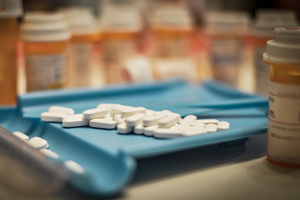 On April 15, the U.S. Court of Appeals for the Sixth Circuit unanimously granted the writ of mandamus filed by several major pharmacy chains, finding that U.S. District Judge Dan Polster of the Northern District of Ohio, who is presiding over the 2,600 case MDL, improperly allowed dispensing allegations to be added to the complaints filed by the plaintiff counties back in November 2019.  In their petition filed in January, the pharmacies alleged that Judge Polster improperly required them to provide prescription data on every prescription for opioid medication filed by their pharmacists at thousands of stores across the nation from 2006 on even though the upcoming bellwether trial scheduled to begin on November 9 involves only two Ohio counties- Cuyahoga and Summit.

In its finding, the Sixth Circuit stated “The district court’s decision to grant leave to amend was plainly incorrect as a matter of law”, noting that the district court had allowed the counties to amend their complaints 19 months after the deadline originally imposed by the court.  The court also added, “Respectfully, the district court’s mistake was to think it had authority to disregard the Rules’ requirements in the Pharmacies’ cases in favor of enhancing the efficiency of the MDL as a whole.”

This finding significantly alters the upcoming November trial since it now may not include the issue of whether pharmacies can be held liable for improperly dispensing painkiller prescriptions and will focus only on wholesale distribution activities.  Pharmacies in general have not been involved in the ongoing settlement negotiations in the MDL, which to date have focused on drug manufacturers and distributors.

The day after the Sixth Circuit’s decision, on April 16, Judge Polster issued an order directing local governments and pharmacy defendants to select a bellwether case by April 28 that will make the dispensing allegations precluded by the appellate court the sole issue.  If the parties cannot agree on a case, Judge Polster said he would select one himself.