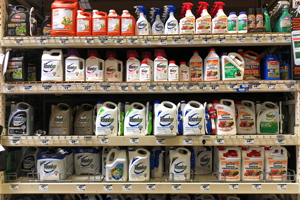 On March 23, Bayer AG – on behalf of its Monsanto unit – agreed to pay $39.5 million to settle claims that it ran misleading ads for its controversial weed killer, Roundup.  The lead plaintiff in the proposed class filed in the USDC for the Western District of Missouri, Lisa Jones, alleged in her February 2019 lawsuit that in its advertising Monsanto falsely claimed that glyphosate, the active ingredient in the popular product affected an enzyme found only in plants. According to the suit, the chemical attacks an enzyme also found in humans and animals that is critical to maintaining the immune system, digestion and brain function.

The proposed class seeks to include everyone in the U.S. who bought Roundup with labels stating that glyphosate targets only plants, subject to the applicable state statutes of limitation for false advertising or breach of warranty.  As part of the deal, Monsanto has also agreed to remove the offending label and replace it with language stating instead that glyphosate works by targeting an enzyme that is “essential for plant growth.” According to the motion filed on the 23rd, eligible class members will be able to make a claim by submitting either proof of purchase or a statement under penalty of perjury and will receive a payment of 10% of the weighted average purchase price of the products they bought.

Under the terms of the settlement, up to $1.3 million will go toward the administration of the settlement and Monsanto will not contest attorney fees of up to 25% of the total amount available to the class. Any funds left over will be directed to charitable organizations to be named at a later date by the parties.

This settlement is unrelated to the MDL pending in the Northern District of California involving thousands of plaintiffs who claim that exposure to the glyphosate in Roundup caused their cancers.  There have already been three trials in the MDL all of which had verdicts for the plaintiffs totaling over $200 million and a fourth that had been scheduled to start in January, 2020 has been delayed as settlement discussions have intensified.