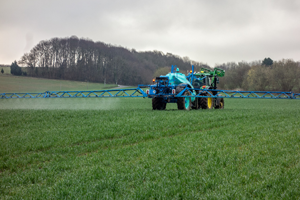 Settlement talks in the Roundup litigation have not yet yielded a resolution, prompting the judges in lawsuits pending in California and Missouri to forge ahead. In St. Louis last week, before opening statements were set to begin, jurors were told that the case involving four plaintiffs had been postponed indefinitely as Bayer AG and the plaintiffs engaged in mediation overseen by Ken Feinberg in an attempt to reach a global settlement of thousands of cases.  With a settlement still not reached, it is reported that jurors in the St. Louis case have been told the trials could resume as early as next Monday. Similarly, in the absence of a settlement, jury selection continues in the California case.

Mr. Feinberg was appointed to mediate the settlement by US District Judge Vince Chhabria who is overseeing about 2700 cases in the multidistrict litigation in San Francisco federal court. He recently stated that the number of cases had grown to between 75,000 and 85,000 which Bayer observed was a speculative estimate that may include plaintiffs with unserved cases. In October, Bayer had estimated the number of cases at 42,700.

Bayer purchased Monsanto, the manufacturer of Roundup, in June 2018 just before the first mass tort trial involving the popular weedkiller was about to start. Several adverse verdicts and the emergence of damaging internal Monsanto documents showing the company had engaged in deceptive practices have led to reports that Bayer investors are pushing for an end to the litigation.

Judge Chhabria has scheduled the second bellwether trial in the multidistrict litigation for February 24. Recent rulings by the judge in the pending California case, Superior Court Barry P. Goode, will allow Monsanto to mention a recent EPA report that had been previously excluded by another trial judge presiding over a case that resulted in a $2 billion verdict last year.  That EPA report stated that glyphosate, Roundup’s active ingredient was likely not a carcinogen.