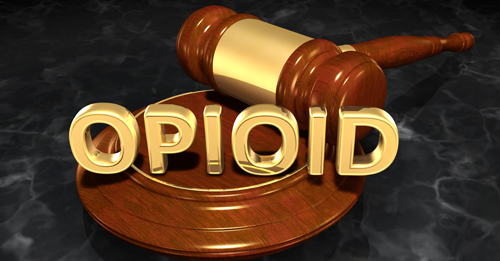 The first bellwether trial in the sprawling multidistrict opioid litigation began on May 3 in West Virginia federal court.  The plaintiffs in the trial, Cabell County and the city of Huntington, West Virginia, which many consider the epicenter of the opioid drug crisis, are squaring off against the remaining defendants, drug distributors Amerisource Bergen, Cardinal Health Inc. and McKesson Corp. In an effort to avert the trial, the defendants had proposed a $21 billion global settlement but Joe Rice, a lead attorney for the MDL plaintiffs, has advised that there were no active negotiations as of the start of the bench trial presided over by U.S. District Judge David A. Faber in Charleston, W.V.

The suit was originally filed by the plaintiff municipalities in 2017 and was later chosen by the then-presiding judge to serve as one of several bellwether trials to be held.  At issue are the plaintiffs’ allegations that the deceptive business practices in which the defendants engaged over decades spawned the opioid crisis that has led to the death of 500,000 Americans; they point to what they argue is the inevitable progression from the excessive over-prescription of narcotic painkillers to the use of heroin and illicit fentanyl. At the center of this argument are the drug distributors who the plaintiffs allege exacerbated the problem by recklessly ignoring any checks put in place such as those imposed by the Controlled Substances Act.  The plaintiffs will argue that flooding the area with 80 million doses of opioids over an eight year period constituted a public nuisance that is harmful to the public interest; as redress, the municipalities are seeking $2.6 billion to address the issue. To succeed, the county and city will need to prove that the distributors were aware that the prescriptions were excessive but did nothing to control the problem.

In their opening statements, Cabell County and the city of Huntington argued that although the litigation itself was complex, its cause was not, stating that the simple explanation was that the actions of the distributors in selling “a mountain of pills” led directly to the deaths of citizens in the city and county.  Amerisource Bergen, Cardinal Health Inc. and McKesson Corp. responded by shifting blame onto lawbreakers and regulators who failed to control the epidemic; they described the crisis as having been caused by street gangs, pharmacists who acted illegally and negligent government officials. AmerisourceBergen in particular argued that any attempts by the company to report questionable orders were mishandled by the DEA and were not addressed. Cardinal Health argued that it was merely responding to changing behaviors in the healthcare industry where narcotic painkillers were concerned. McKesson’s counsel sought to undermine the “gateway theory” that the use of narcotic painkillers by a patient inevitably leads to the use of heroin, illicit fentanyl or other illegal drugs. He placed blame for that use of illicit drugs on “criminals” who are unrelated to McKesson. Attorneys for the defendants further argued that the final disposition of the drugs after it left the suppliers’ control was out of their hands.

Confirming the focus that this argument will assume in the trial, the first expert witness called by the plaintiffs was an expert in the connection between prescription opioids and their illicit counterparts.  Success by the plaintiffs on this argument has the capability to greatly expand the potential liability of the distributors.

In other related opioid litigation, another case involving four California municipalities – Los Angeles, Orange and Santa Clara counties and the city of Oakland- also began on March 3 against distributors Janssen Pharmaceuticals, Endo Pharmaceuticals, Teva Pharmaceuticals and Allergan PLC. Plaintiffs are seeking to establish that the distributor defendants engaged in deceptive marketing campaigns for prescription narcotic painkillers that resulted in the ensuing opioid crisis in their communities.  An expert for the plaintiffs, University of Georgia professor Matthew Perri, used promotional literature for the opioid Kadian to show how sales reps for the drug were taught to overcome any fears shared by doctors who would prescribe the drug, using terms like “pseudoaddiction” and “opioid phobia”.  The plaintiffs are also expected to bring in experts to testify as to the number of pills that made their way to California during the crisis; some estimates contend that 20 billion doses of opioid narcotics were sent to the state over a 20 year period.  The municipalities are seeking $50 billion to help address the ongoing problem that they term a “public nuisance”.