The Potential Hazard of “Forever Chemicals” 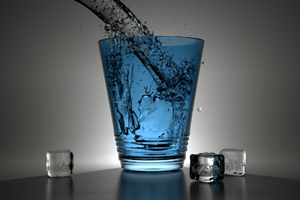 A recent study done by The Environmental Working Group (EWG) on the drinking water supplies of dozens of U.S. cities reveals that PFAS (as perfluoroalkyl and polyfluoroalkyl substances are more commonly known) are far more prevalent than previously believed. PFAS are known as “forever chemicals” because of the way they can accumulate and remain inside the human body for an extremely long time. The most common PFAS include PFOA, PFOS and GenX; they do not break down naturally and there is no known way to destroy them.

To date about 700 different compounds of this class of chemicals have been found at military bases and in drinking and groundwater, a number of foods, and contaminated soil throughout the U.S.; they are water soluble which enables them to be transported easily throughout the environment.  The widespread contamination (the CDC has found PFOA (a type of PFA) in the blood of 98% of the general U.S. population) may present the American public with an enormous environmental hazard and public health crisis in the near future.

PFAS are used to waterproof fabrics and make them more stain resistant and can be found in commercial household products like polishes, waxes, paints, cleaning products, certain cosmetics, Teflon, Scotchgard, food packaging such as pizza boxes, non-stick cookware, electronics, carpeting and living organisms such as fish and animals.  The health effects of exposure to PFAS are still unclear but growing research has linked some PFAS to a number of illnesses, including some cancers, elevated cholesterol levels, effects on the immune system, harm to a developing fetus, and liver damage. A large epidemiological study conducted on residents of West Virginia by the Environmental Protection Agency in 2012 showed a probable link between PFAS and six diseases; the residents had been living near a DuPont chemical plant that used a specific PFAS – PFOA-8- to manufacture Teflon.

As a result of a 2006 voluntary deal between the EPA and eight major companies, including DuPont, PFAS in the U.S. have been largely phased out of manufacturing. The chemicals can still be found in imported goods, however.