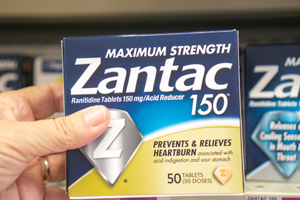 On Friday, May 8th, District Judge Robin Rosenberg, of the U.S. District Court for the Southern District of Florida, appointed 26 lawyers to a range of leadership positions to the Zantac MDL that was transferred to Florida last February. Initially, the Judge had created an interim team to handle some special tasks given the Covid-19 outbreak. Zantac was removed from the shelves earlier this year after the FDA announced that its active ingredient, ranitidine, was shown to allegedly cause cancer.

In an innovative effort to give access to new lawyers to acquire experience in the MDL leadership field, Judge Rosenberg created a “Leadership Development Committee” with the following appointments: Paige Boldt (Watts Guerra LLP), Je Yon Jung (May Lightfoot, PLLC), Adam William Krause (Krause and Kinsman, LLC), Nicola Larmond-Harvey (Saunders & Walker, P.A.), and Bradford B. Lear (Lear Werts LLP). These five lawyers will have the opportunity to immerse themselves in the logistics of a major MDL and learn from experienced mentors such as co-chairs Melanie Muhlstock (Parker Waichman) and Carmen Scott (Motley Rice).  Judge Rosenberg made a point to emphasize the diversity of the applicant pool and her intentions to help increase the opportunities and demographics in MDL leaderships. She also commented that only 31 percent of the applicants were women, a very small number of applicants identified themselves as non-Caucasian, and none identified as LGBTQ or disabled.

Lastly, according to the Order, “In PTO #15, the Court ordered that the deadline for the first tranche of Census Plus Forms would be 60 days from the date of this Order (Order filed 5/8/2020). The Court hereby extends the deadline for submission of the Census Plus Forms for both filed and unfiled cases by 14 days. This extension shall only apply to those forms for cases filed in the MDL on or before May 22, 2020, or cases for which retention agreements are signed on or before May 22, 2020. Deadlines for cases filed or retained after May 22, 2020 are not extended by this Order.”

Click on this link for information on Zantac’s Litigation Support Services. To contact us, fill out this form or email us at info@verusllc.com and we will reply immediately.