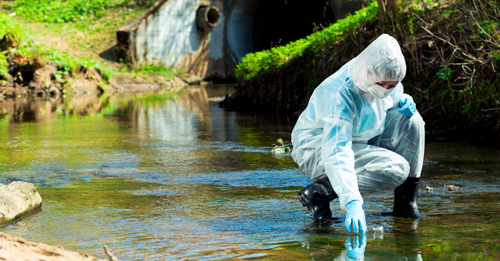 In a hearing on March 2, attorneys for defendant 3M Company argued to a Michigan federal court that a lawsuit filed earlier in Michigan’s Washtenaw Circuit Court belonged in federal court since it was based in part on work done for the federal government.

The state court case filed by the Michigan Attorney General in January, 2020 was filed against 17 defendants, including 3M, for damages incurred by the state of Michigan as a result of contamination from toxic per- and polyfluoroalkyl substances, known as PFAS and often referred to as “forever chemicals.” The AG claimed that the defendants discharged the chemicals at a number of locations in Michigan and “deliberately concealed the dangers of PFAS and withheld scientific evidence, and intentionally, knowingly and recklessly sold, distributed, released, transported, supplied, arranged for disposal or treatment, and handled and used PFAS and PFAS-containing materials in Michigan in a way that they knew would contaminate natural resources and expose Michigan residents to harm.”

PFAs are most commonly used in heat-resistant non-stick cookware, stain and water repellent products, clothing, and furniture. They can take thousands of years to biodegrade and as a result, they accumulate in soil, waterways and in the human body, potentially causing certain illnesses and conditions including cancer, liver damage, decreased fertility, and increased risk of asthma and thyroid disease.

3M took the position on Monday that since the state court case involves aqueous film-forming foams that are used to fight fires and are developed pursuant to MilSpecAFFF (federal military specifications), the case should be removed to federal court. Although the underlying state court lawsuit specifically stated it did not involve MilSpec AFFF, ongoing discovery has revealed that the state of Michigan is also investigating sites that were impacted by MilSpec AFFF. If the case is transferred to federal court based on federal officer jurisdiction, 3M contends it will be able to assert a  government contractor defense which permits companies who manufacture products according to government specifications or “at the direction of a federal officer” to avoid liability in some instances. 3M further believes they will succeed in using the government contractor defense since the company was provided with “reasonably precise specifications” by the government; they also point to the fact that the government was aware that there were dangers inherent in the use of the chemicals.

The Michigan attorney general’s office stated that it would oppose 3M’s transfer request to the United States District Court for the Western District of Michigan, arguing that is was merely an attempt by 3M to avoid liability.