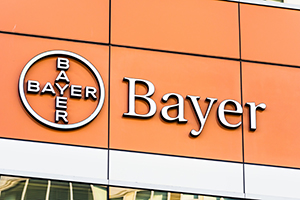 On June 2, a California court heard oral argument in the appeal filed by Monsanto involving the August, 2018 multi-million dollar verdict in a case brought against them and its parent company, Bayer AG. The case was filed by Dewayne Johnson, a groundskeeper suffering from non-Hodgkin’s lymphoma, who successfully argued that his cancer was caused by Roundup.  Johnson’s trial resulted in the first verdict against Monsanto, which was acquired by Bayer in June, 2018; the original $289 million verdict was later reduced by the court to $78 million.  The verdict led to a huge influx of filings by plaintiffs who alleged their cancers were caused by Roundup and resulted in a 30% decline in Bayer’s stock price.

The Tuesday hearing before the First District Court of Appeal lasted an hour during which the three-judge panel directed specific questions involving federal preemption and design defect to both sides.  As requested by the appellate court, supplemental briefs, submitted by the parties in the appeal filed in February, addressed the issue of whether federal law preempted the plaintiff’s claim that Monsanto should have warned consumers about the risks of using Roundup. They also argued about the applicability of a number of U.S. Supreme Court decisions on the issue, including Wyeth v. Levine and Merck Sharp & Dohme v. Albrecht.  At the trial, Bayer denied that glyphosate, the main ingredient in Roundup and the world’s most widely used herbicide, was a carcinogen and cited the fact that the product is registered in 130 countries for use on over 100 crops; the company also pointed to a number of studies and positions taken by regulators, including the EPA, that glyphosate does not cause cancer and that no warning should be required on the product.

In addressing the issue, Monsanto argued that pursuant to the Wyeth decision, plaintiff’s failure-to-warn claims should be preempted since there was evidence that, given the recent affirmation by the EPA that glyphosate is safe, the EPA would not have permitted the company to change Roundup’s label to include a warning about the cancer risks of a product it had determined was in all likelihood not carcinogenic.  In their briefs, the plaintiffs contend that there was in fact no evidence that the EPA would have so ruled, pointing to the fact that Monsanto did not provide all the requisite data to the agency and in fact made great efforts to prevent such a label change.

The filing of appeals in all three trials that resulted in verdicts against the company can be seen as a strategy employed by Bayer in the ongoing settlement negotiations of the 125,000 claims (with 52,500 lawsuit filings as of April) against it. The other two verdicts were in the following cases:  a $2.055 billion verdict in Pilliod v. Monsanto pending in the California Roundup Judicial Council Coordinated Proceedings (JCCP) and an $80 million verdict in Hardeman v. Monsanto, the first bellwether case to be tried out of the federal multidistrict litigation pending before U.S. District Court Judge Vincent Chhabria in the U.S. District Court for the Northern District of California.  A favorable appellate ruling in Johnson could pressure plaintiffs’ lawyers to settle and reduce payment amounts and could reduce the number of future lawsuit filings. In addition, Bayer can leverage the pressures imposed by the pandemic on Roundup users who, already sick, do not have the luxury of time.  Bayer has asked that either judgment be entered in its favor or that the verdicts be overturned and new trials ordered.  Given the fact that the appellate court has asked the parties to present arguments that take into consideration the scenario in which Mr. Johnson’s award is upheld but that the amount allocated for future noneconomic damages be reduced, it is possible that the verdict will be upheld.