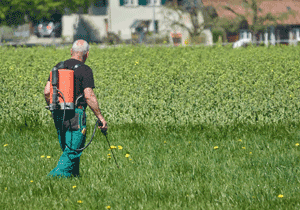 Verdict: On March 27th, the jury returned an $80 million verdict, which included $75 million in punitive damages for Mr. Hardeman.

A significant milestone was reached last week in the Roundup® litigation with the unanimous jury verdict in favor of Edwin Hardeman in the first part of his trial. The jury unanimously found in favor of Mr. Hardeman on the question of whether it was proven by a preponderance of the evidence that his exposure to Roundup was a substantial factor in causing his non-Hodgkin lymphoma. Roundup is a broad-spectrum, glyphosate-based weed killer originally marketed by Monsanto, which was acquired by Bayer AG in 2018.

Earlier this year Judge Chhabria issued an order bifurcating the first three bellwether trials, with the first phase being limited to causation only and then addressing all remaining liability and damages issues in the second phase of the trial. This was done over the objections of the plaintiff lawyers. Judge Chhabria acknowledged that while this type of bifurcation was unusual and should be done with caution, he determined that it was the fairest way to proceed in a trial addressing the carcinogenicity of glyphosate.

The early days of the Hardeman trial were especially contentious with Judge Chiabbra eventually ordering plaintiff attorney Aimee Wagstaff to pay a $500 sanction for statements made during her opening statement. He had even harsher words for Monsanto in denying their motion for summary judgment on non-causation grounds, stating “Although the evidence that Roundup causes cancer is quite equivocal, there is strong evidence from which a jury could conclude that Monsanto does not particularly care whether its product is in fact giving people cancer, focusing instead on manipulating public opinion and undermining anyone who raises genuine and legitimate concerns about the issue.”

The second phase of the Hardeman trial also began last week, with Mr. Hardeman and his wife taking the stand on Friday, providing emotional testimony on how his illness has impacted their lives.

In a previous Roundup trial last year, the plaintiff DeWayne “Lee” Johnson was awarded nearly $300 million by a California state court jury, $32 million in compensatory damages and $250 million in punitive damages. The judge later reduced the award to $78 million and Bayer has stated their plans to appeal.

The Verus team is prepared to support firms who are handling Roundup cases with a range of services including:

Claimant contact: first-line email, mail and phone services for communications with your claimants