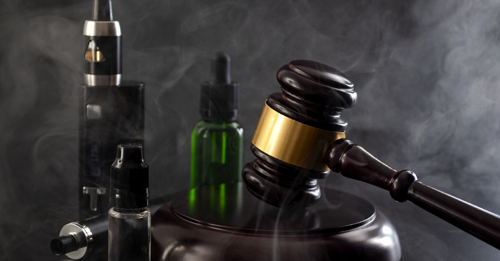 The Washington state attorney general has filed a lawsuit in King County Superior Court against Juul Inc., alleging that the company knowingly targeted minors in its marketing campaign on social media in an effort to push its products on young consumers. In the suit, Attorney Bob Ferguson claimed that in using young models, brightly colored ads and candy-flavored vaping juice, Juul violated Washington state’s consumer protection laws and failed to meet state tobacco product licensing regulations which would make the sales of the company’s e-cigarettes unlawful between August 2016 and April 2018.

A.G. Ferguson points to a 2018 study that shows 80% of Juul’s Twitter followers are between the ages of 13 and 20, and that the percentage of vaping teenagers rose from 13% in 2016 to 20% in 2018, facts the company was aware of but did little to address. In taking a page from Big Tobacco’s advertising and marketing strategies, Juul’s Pax Labs sought not to create a healthier alternative to regular cigarettes but instead intended to increase tobacco’s appeal to the next generation of users.  According to the lawsuit, this was achieved through its marketing practices but also by Juul’s deceptive practices of failing to advise consumers that its products contained addictive amounts of nicotine.

In response, Juul pointed to the fact that it had reduced the number of products it was selling, halted its advertising and submitted a Premarket Tobacco Product Application to the FDA in an effort to address use by younger consumers and prove that its products did in fact reduce the potential harm of tobacco products.

In another tobacco-related case, U.S. District Judge Patrick J. Schiltz tossed out R.J. Reynolds’ lawsuit against Edina, MN over the city’s ban on flavored tobacco products.  The company had claimed that Edina had overstepped its authority with a ban that was aimed at curbing vaping by younger consumers. In his ruling, Judge Schiltz wrote that the ban fell under a provision of the federal tobacco laws granting local governments the authority to regulate the sale of certain products.  R.J. Reynolds had argued that such a ban could only be imposed by the federal government and that Edina’s ban undermined the decision of the U.S. Food and Drug Administration to not regulate menthol flavored products, acknowledging that those products may in fact be helpful in quitting smoking cigarettes.  In his opinion, Judge Schiltz states that although the ban may have fallen under a certain type of tobacco product standard that only the federal government has the power to enact, Edina’s ordinance fell under a provision in the law allowing local municipalities to restrict the sales of tobacco products to users of any age.